A concerned resident has reached out to PNC about a scam that involved a letter they received in the mail.

According to the resident, they were sent a letter from the IRS that said that they didn’t file their 2018 taxes.

Although the recipient did process and pay for their taxes, they went to the Department of Revenue and Taxation where the resident was reportedly told that other people have been receiving the letter as part of a scam to collect sensitive financial information.

Carlina Charfauros, the spokesperson of the Guam Attorney General’s Office, says that the office has not received any new reports of this scam, but has heard of variations of it before.

She advises residents not to give out personal information and to report such incidences to the Office of the Attorney General at 475-3324.

PNC reached out to the Department of Revenue and Taxation but did not receive a response. 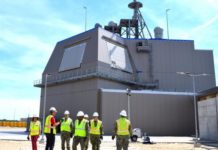