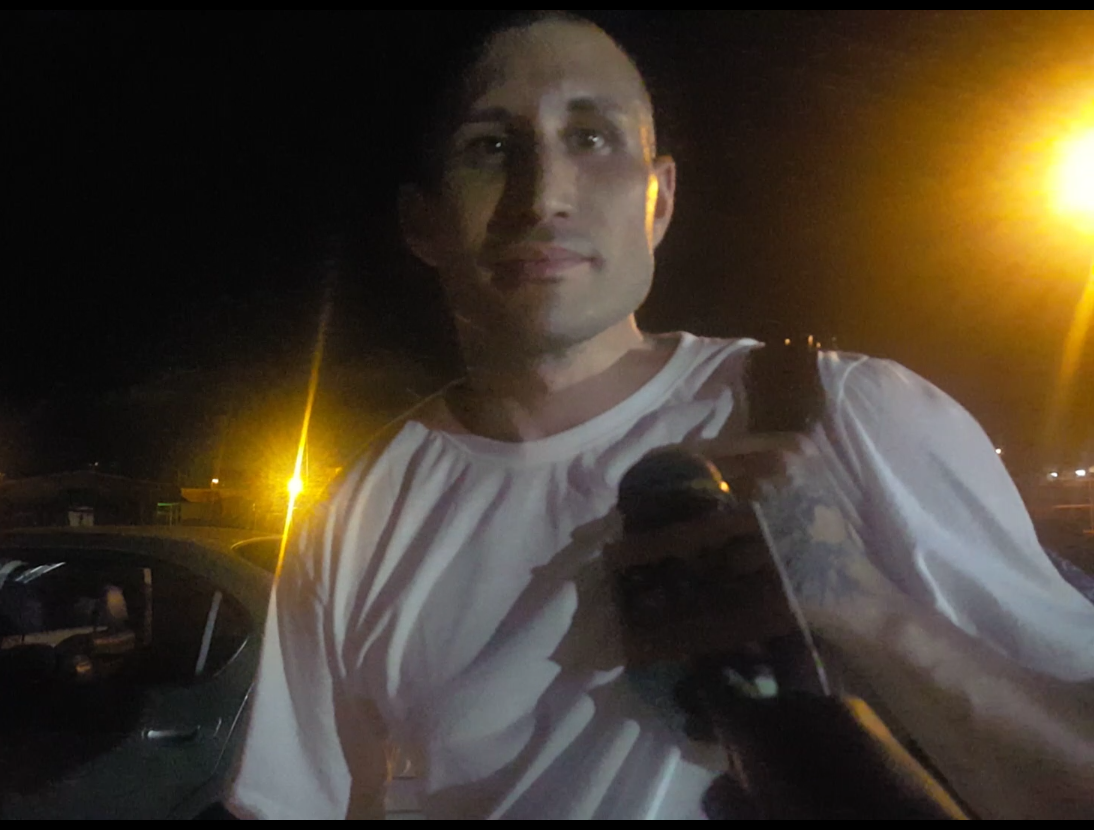 PNC: How do you feel about the dismissal of the charges against you?  “It’s not what I wanted but it’s what I needed,” replied Allan Aloan Agababa.

Guam – For the last four years, Allan Agababa has been incarcerated based on accusations that he murdered his mother Shelly Bernstein in 2013. He has not said a word to the public since his incarceration.

With two plastic trash bags full of belongings he made his trek down the infamous Department of Corrections (DOC) green line, which led him towards his freedom.

PNC: How does it feel to be a free man?

“Its been too long,” shared Agababa.

PNC: How do you feel about the dismissal of the charges against you?

“It’s not what I wanted but it’s what I needed,” replied Agababa.

His step-grandfather, Rafael Lujan was just released from the hospital and waited nearly two hours to welcome his grandson with open arms and delight.

“I feel good I took care of Allan since he was two words more than his mother did that why I know Allan had no problem, he had a clean record. He went to Thailand he was fighting over there I went three times he was there beating those Thailand boys,” proudly stated his grandpa.

Since the accusations against his grandson were made Lujan never missed an opportunity to visit Agababa in prison nor did he ever loose faith in his grandson’s innocence.

Lujan shared, “I see him mostly all the time I know I visited him, he must feel good, he hasn’t talked to me today, because I just got out of the hospital.”

PNC: Were you afraid that he may have never gotten released? No, I had a feeling that he was going to get released,” replied Lujan.

Thursday night, Agababa was a man of few words, but his excitement could be seen as he waived to his grandpa, the last remaining family he has on island.

PNC: What do you plan on doing next? “Spending time with the family right now,” stated Agababa

And according to his grandpa, that included a nice family dinner before heading home.