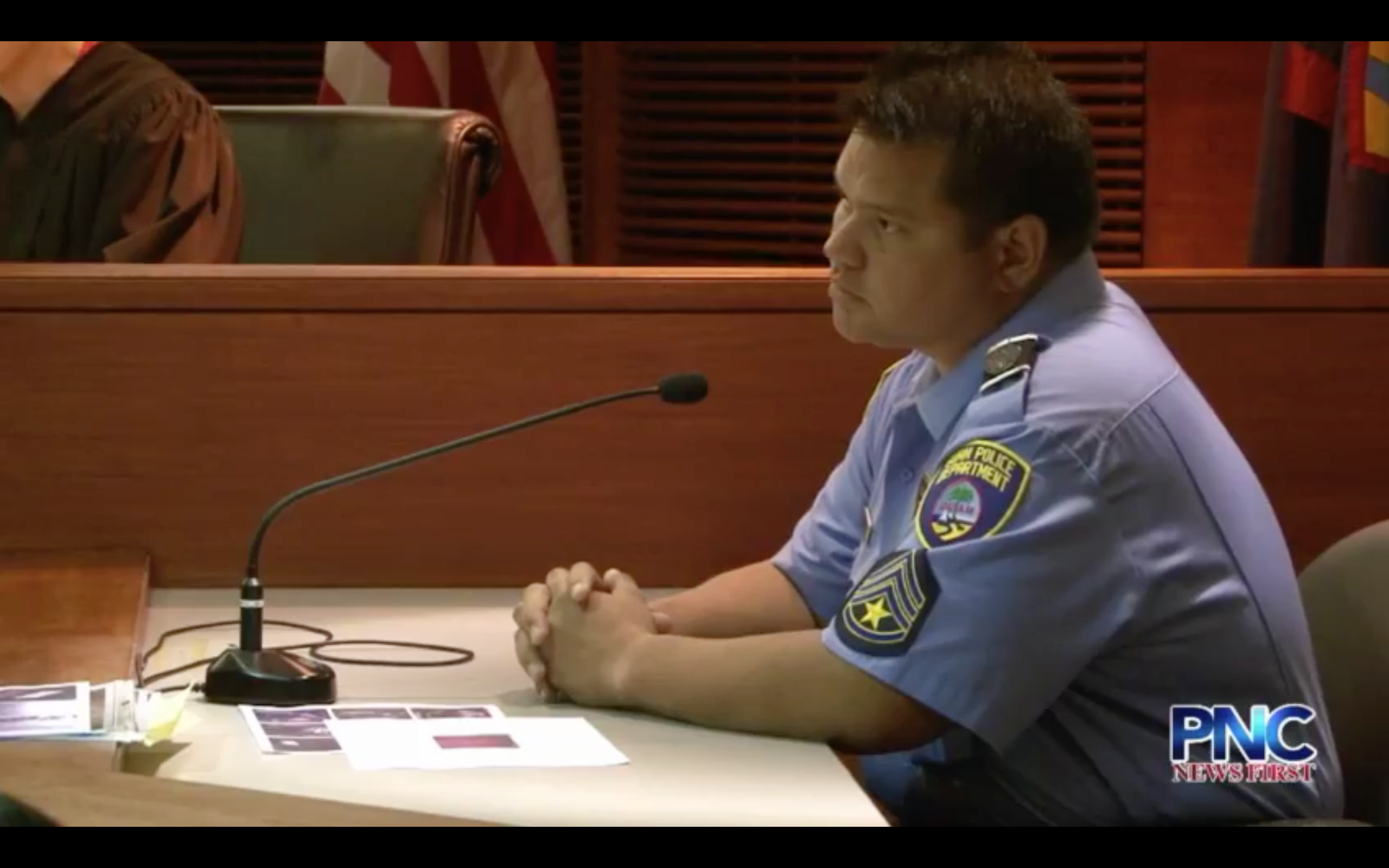 Guam – Day 9 in the trial of accused murderer Allan Agababa continued with the cross examination of the government’s last witness GPD Officer Tainatongo.

Officer Tainatongo was the Crime Scene Investigator assigned to documenting the scene through photographs the night of Shelly Bernstein’s death, he also assisted in executing a search warrant of Bernstein’s vehicle. He had been a CSI detective for about 9 years and processed an estimated 800 crime scenes before August 13, 2013.

While, Tainatongo testified that nothing was found in Bernstein’s car, he did testify to finding evidence at the home. According to his testimony, he documented what he believed to be suspected bone fragments, suspected blood smears, and suspected pry marks at the Bernstein home. Tainatongo identified four areas where possible skull fragments were found.

“Yes it would but the others that were identified as possible skull fragments are possibly at the same location, the second one is on top of a bed sheet,” recalled the officer.

But the People argued that Officer Tainatongo’s testimony is equivalent to that of a lay person, stating that he is not an expert with medical knowledge like Medical Examiner Doctor Aurelio Espinola. In Espinola’s testimony he determined that the matter found was not skull fragments however, no tests were conducted to determine exactly what biological material was photographed by Tainatongo. The people further noted that Tainatango had testified that although he indicated that the subject of the photos were possible bone fragments, that description would change based on Espinola’s determination.

Tainatango also testified about photographs he took that he believed to be blood smears found on a wall in the home and on the wall outside of the home. Van de Veld contended that perhaps the Chief Medical Examiner simply missed the possible blood smears. In fact Tainatongo’s testimony was in direct conflict with testimony provided when Espinola took the stand. During Espinola’s testimony, he stated that no blood was found in the home except for on the bed where Bernstein was found. But like the possible bone fragments, no testing of the matter was conducted.

Chief Prosecutor Jeremiah Luther once again argued that the officer lacked the medical knowledge to make the determination. Stating that the suspected blood smears could be ketchup.

Tainatongo testified, “collectively with detectives as well as crime scene investigators there, we came to the common that it was possibly pry markings…pry markings of the door and the striped plate. Van de Veld: For purposes of entry? Officer: that’s correct.”

You may recall testimony from two other GPD officer’s, who stated that there was no evidence of forced entry, revealing another conflict in testimonies. With this Van de Veld turned his attention to Tainatango’s experience in dealing with crime scenes, confirming that Tainatongo was experienced with crime scenes which involve burglary.