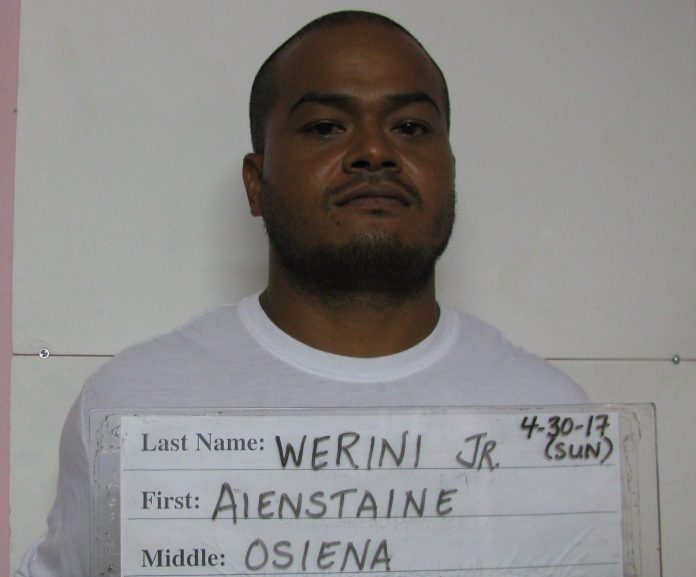 Guam – Guam Police Department Spokesperson Capt. Kim Santos said in a media release that the man suspected of robbing A Market in Agat and stabbing a cashier last Friday has been apprehended.

Santos says a passerby saw 36-year-old Aienstaine Oseina Warini, Jr. walking near the Agat Marina and reported it to police. Agents from the Mandaña Drug Task Force and the GPD Robbery Task Force closed in on the area within minutes of the report. Agat Precinct officers found Warini hiding in the water, according to Santos.

He was taken into custody without incident and charged with first-degree robbery, aggravated assault, use of a deadly weapon, reckless conduct, and destruction of evidence.