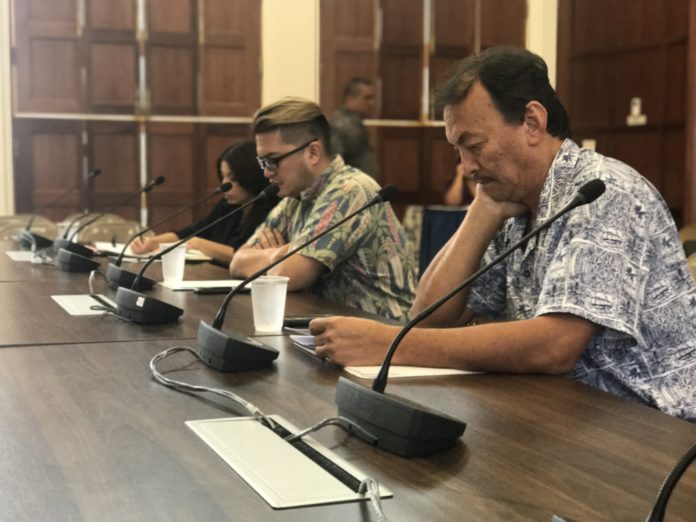 Guam – The Department of Rev&Tax, the Guam Visitors Buruea and the Guam Hotel and Restaurant Association all testified in favor of Vice-Speaker Therese Terlaje’s bill 258 to allow the immediate taxation of short-term vacation rental units.

Although a law was enacted in June of 2016 that authorized excise taxes on short-term vacation rental units these taxes have never been implemented because there were no rules and regulations, and this was a requirement of Guam law. So Vice-Speaker Therese Terlaje has introduced bill 258 in the hopes that this measure will allow for the immediate taxation of these businesses.

In the findings and intent of the bill it says, “failure to levy these taxes on this class of lodging is unfair to the rest of the hospitality industry and deprives the government of Guam of revenues at a time when revenue is greatly needed.” The bill allows the Director of Rev&Tax to promulgate rules and regulations if he deems it is necessary, but it also removes the legal requirement that he do so before implementing this tax.

“I don’t need to tell you how disappointed I am that it’s been almost three years since the passage of 33165 but be that as it may,” said Speaker Cruz adding, “Is there anything, anything, else that we need to do that we can add into this piece of legislation that you guys have talked about that will help expedite this process? Because one I’m disappointed that we weren’t told two years ago when you started these discussions that you needed this amendment but now that we have, thankfully the Vice-Speaker has divined it that you guys need this amendment what else can and should this legislature do to make sure that we don’t continue this leakage?”

Revenue & Taxation Director John Camacho said the enactment of this bill into law was all they really need to be able to begin implementing the tax.

“Upon passage of this bill we’re basically ready to move forward with this short-term vacation license,” said Camacho.

The Guam Hotel and Restaurant Association also testified in favor of the bill but with some concerns about completely abolishing the need to for rules and regulations.

“We are very concerned as Mr. Muna had mentioned about the life, the safety, and the welfare of our tourist but also our local residents,” said GHRA President Mary Rhodes.

For example, Rhodes says the current law allows for these short-term vacation rentals in R1 and R2 residential zones.

“One would want to know if the compliance officers will be able to enforce those safety regulations such as noise complaints, the hours of operation, when they could be outside, that’s all written into the law in the Guam code annotated already. So, it’s just a matter of do they have enough teeth to go out there and enforce it if they didn’t go through the rules and regulations?” said Rhodes adding, “My worst fear is that businesses will apply and change their status from an apartment building or a house to a short-term vacation rental but not follow-up on the other things that’s required like the occupancy permit or getting the proper property and casualty insurance.”

“So, an amendment to this would also make sure that those businesses are aware that they are now subject to the 4 percent which is now the 5 percent business privilege tax in addition to that because they may not have provided that in the past when they rent out those apartments,” said Rhodes.

GHRA offered to work with Rev&Tax to help with developing rules and regulations to ensure that short-term vacation rental industry is done right. GVB also testified in favor of the measure.