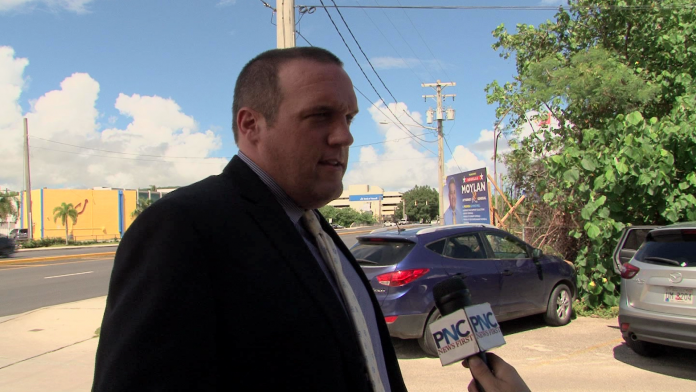 Guam – It appears Ray Tenorio’s “teachable moment” was also a lesson for him, as sources say the Attorney General’s Office is preparing to issue a summons to the Lt. Governor for the infamous gun grabbing incident in July.

In fact, this month, the AG’s Office contacted PNC News to request copies of the interview we did with Tenorio following the incident. In that interview, Tenorio denies being intoxicated but admits to having had a few beers during a BBQ block party.

At that public event, the lieutenant governor was reportedly seen on surveillance footage, allegedly grabbing a firearm from the holster of a police officer.

In his defense, Tenorio claimed the cop’s service weapon was not secured as the holster was undone, so he grabbed the gun to teach the police officer a lesson in public safety.

Following backlash from the community about his conduct, the lieutenant governor apologized to the public for the apparent mistake and took full responsibility for his action.

Many prominent members in the community, including Sen. Telena Nelson, called for the Attorney General’s Office to perform an investigation.

Today, we received word that the AG’s Office was preparing to make a move on Tenorio. We found representatives from the AG’s Office walking into the law firm of Fisher & Associates, the same firm that has been representing Tenorio.

This is what they told us on the way out:

“We’re having discussions with Mr. [Tom] Fisher about one of this clients. Beyond that all I can say is the investigation we’re here as a part of is continuing. Beyond that I have no further comment.”

Meanwhile, Governor’s Spokeswoman Oyaol Ngirairikl states that, “The Office of the Lt. Governor remains focused on the business of serving the people of Guam. Rumors circulating over election weekend are untrue. Inquiries on this matter should be referred to the Attorney General’s Office.”