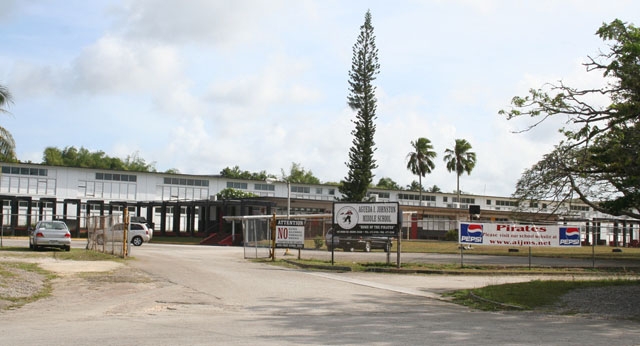 UPDATE: ALL CLEAR as of 3:04 pm. Negative readings.

Guam – A bomb threat has been reported at Agueda Johnston Middle School. Guam Homeland Security says they received a report at around 12:15 p.m. GPD units are on the scene.

GHS says the middle school is now being evacuated because of the bomb threat.