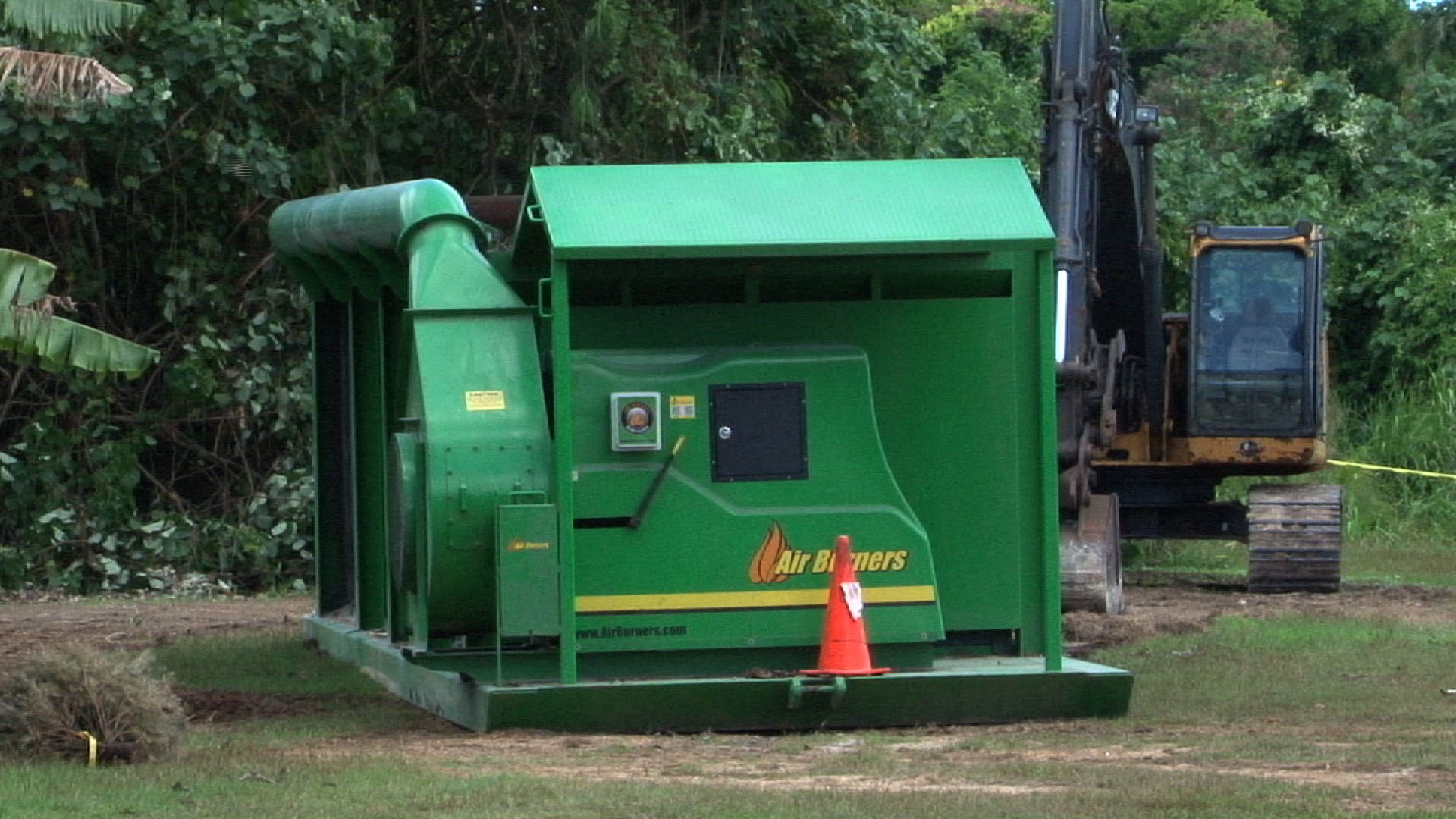 The Department of Agriculture has contracted the services of a private company to tackle invasive species like the coconut rhino beetle and the little fire ant by burning green waste in an air curtain burner because of an executive order by the Governor.

“Governor Calvo came out with the initiative of utilizing the air curtain burner which is readily available on island and it’s very effective in disposing of green waste,” said DOAG Director Matt Sablan.

The Governor signed Executive Order 2017-04 on July 13th of 2017 declaring a state of emergency with respect to the destruction of coconut and other palm trees. It also ordered the Guam EPA to work with the Department of Agriculture to begin using air curtain burners to destroy the green waste that is a breeding site for the coconut rhinoceros beetle. To do this the Department of Agriculture procured the services of Pacific Unlimited. “When we did the bid and GSA can probably validate this, we only had one respondent,” said Sablan.

PNC asked, “Why not just buy an air curtain burner for GovGuam and use it ourselves?” Sablan replied saying “That could be an option. That could be looked into but for the meantime what we can for now because it’s really devastating what can we do now currently instead of this we’ll see what we can do. It’s state of emergency let’s do something.” Sablan says they might not use the entire $354 thousand dollars. However, so far, they have spent about $70 thousand dollars on three villages and there are still 16 villages left to go.

Nevertheless, Sablan maintains that in light of the executive order that declared a state of emergency, something needed to be done quickly and Pacific Unlimited already had an air curtain burner. “It’s readily available,” said Sablan adding, “It’s an initiative by the Governor which is the right thing because we need to do something. We can’t just have those green waste just sitting out there because it’s gonna spread. Do something until we can venture more into other solutions.”

According airburners.com numerous state governments like California, Illinois, and Washington have all bought air curtain burners of their own from the company. The funding for the air curtain burner contract comes from invasive species inspection fees.