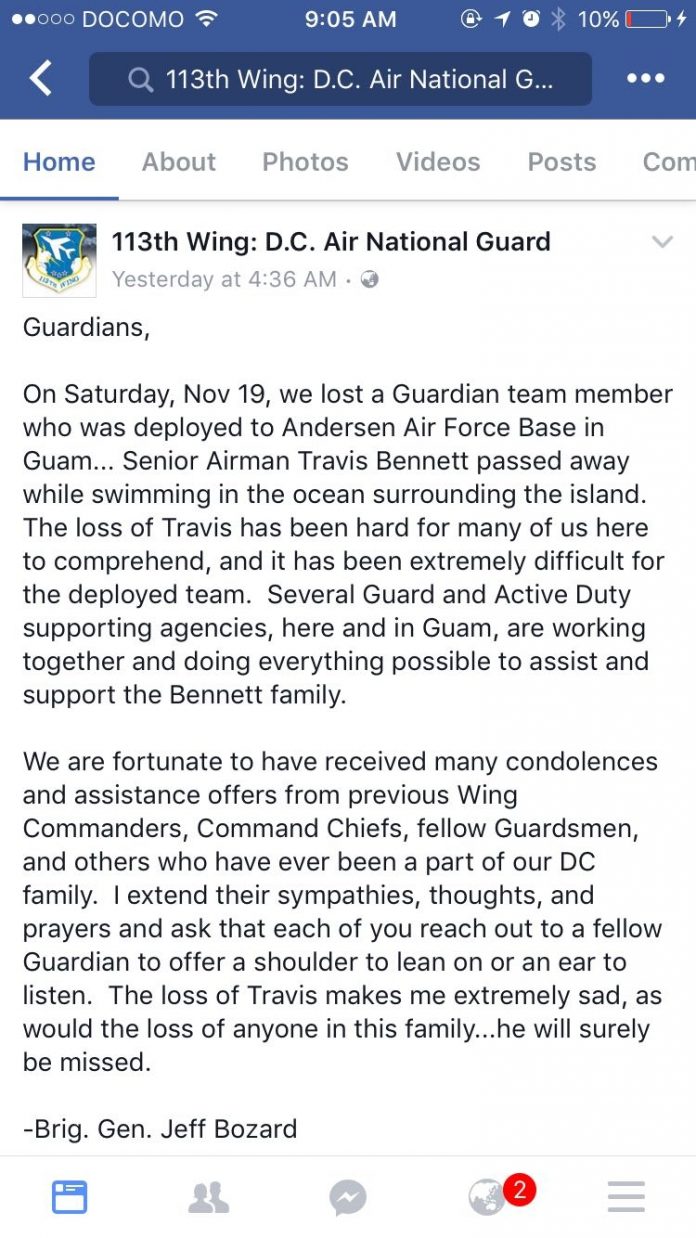 The cause of death is still under investigation.

Guam – The Airman who went missing after swimming in waters off of Pagat Point has been identified.

According to a release from Andersen Air Force Base, the remains were recovered on Monday and have been identified as Senior Airman Travis Bennet. The 20-year-old was part of the 121st Fighter Squadron, 113th Wing of the D.C. Air National Guard. The Fighter Squadron was deployed to Andersen this month as a routine theater security package. 36th Wing Commander Brigadier General Douglas Cox said “Our hearts go out to the wingmen and families during this difficult time. We thank all on and off-base responders for their dedicated efforts during the past few days.” Bennet went missing on Sunday afternoon. A combined search and rescue team comprised of U.S. Coast Guard Sector Guam, the Guam Fire Department, and HSC 25 responded with an extensive search operation along the coastline. The cause of death is still under investigation.