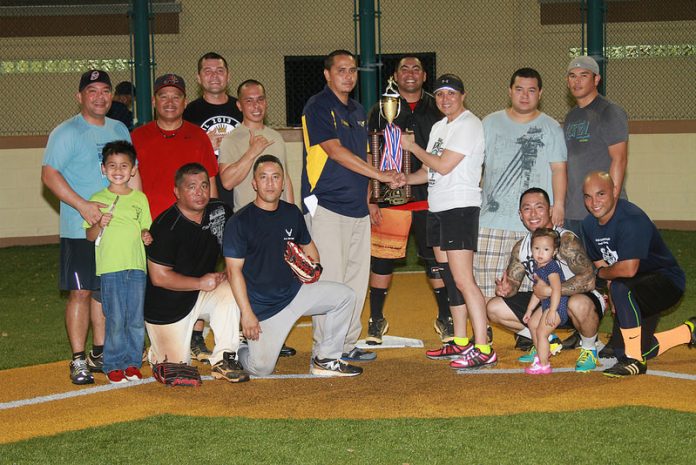 “We were excited to play because this was the first time we would get to play at Navy, but reluctant as well because some of our players were not available for that time frame. But, we are always up for the challenge,” said Tech. Sgt. Ray Aguon, Air Guard team coach/player. 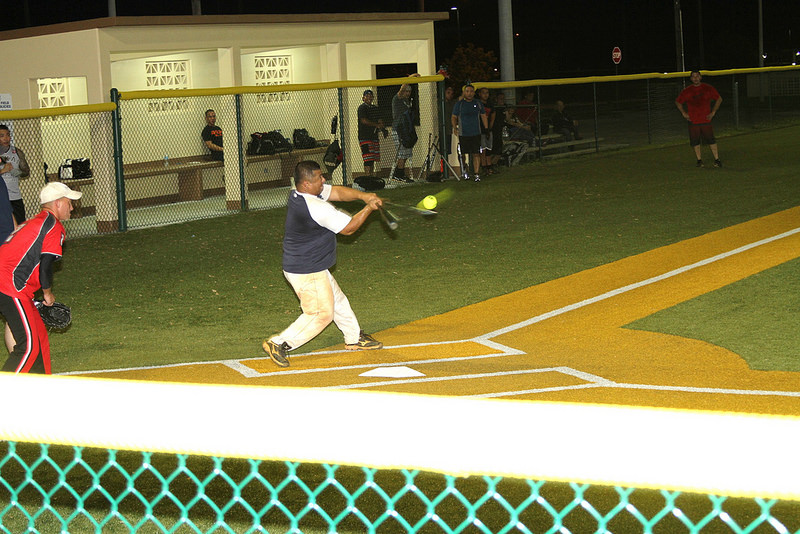 [Air Guard Technical Sgt. Ray Aguon prepares to hit the ball during game one of the best of 3 series with Team Navy at the Naval Base Guam softball field.
(Photo provided by Maj Josephine Blas, PAO, Guam National Guard)]

The Air Guard struggled in game 1 as some of their top players were either off-island at the Micronesian Games or playing in downtown leagues. Not to mention that it was the first time many played on an all-turf field.

“I’ve never played on this type of field before. It took some getting used to because there is no dirt at all and the ball reacts a little different. I was just happy to play and represent the Air Guard and the Air Force,” said Staff Sgt. Frank Camacho, Air Guard outfielder.

NBG took the first game 9-5 on Tuesday, July 22nd. Game 2 was scheduled for AAFB on Wednesday, but inclement weather and poor field conditions brought the game back to NBG. The Air Guard won the second game on an illegal lineup technicality and both teams opted to play game 3 immediately afterwards for “all the marbles”. 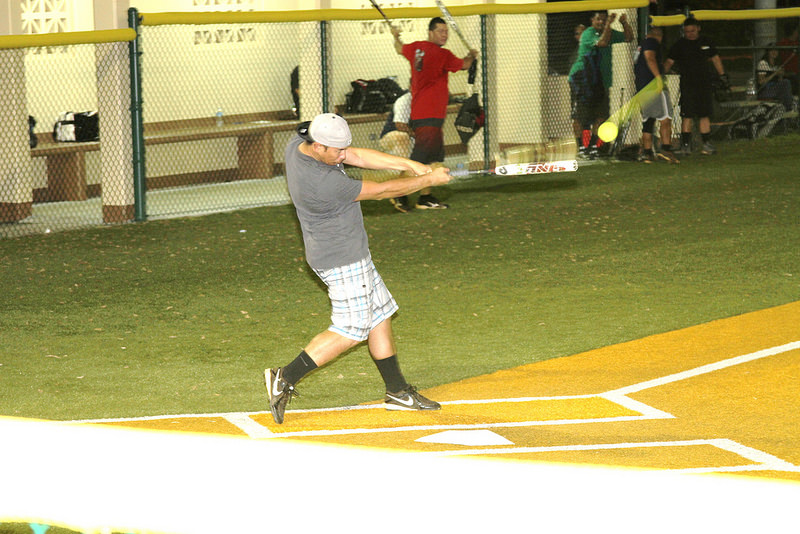 Game 3 started slow and by the third inning, the score was knotted at 6 runs each. And, that is when the Air Guard bats got hot. Hit after hit was followed by home runs and when the dust settled, the Air Guard was in control at 20-6. Team NBG was not able to change the momentum as the Air Guard cruised to a 29-7 bashing and winners of the first JRM softball championship.

“It was an exciting game. I’ve never played on this type of field, but I could get used to it. I hope this is a sign of things to come and we can play more games and other sports with the Navy,” said Staff Sgt. Clifford Raphael, Air Guard first baseman.

[Air Guard Staff Sgt. Jacob Barnes prepares to make a throw from third base during the best of 3 series with Team Navy at the Naval Base Guam softball field.
(Photo provided by Maj Josephine Blas, PAO, Guam National Guard)]