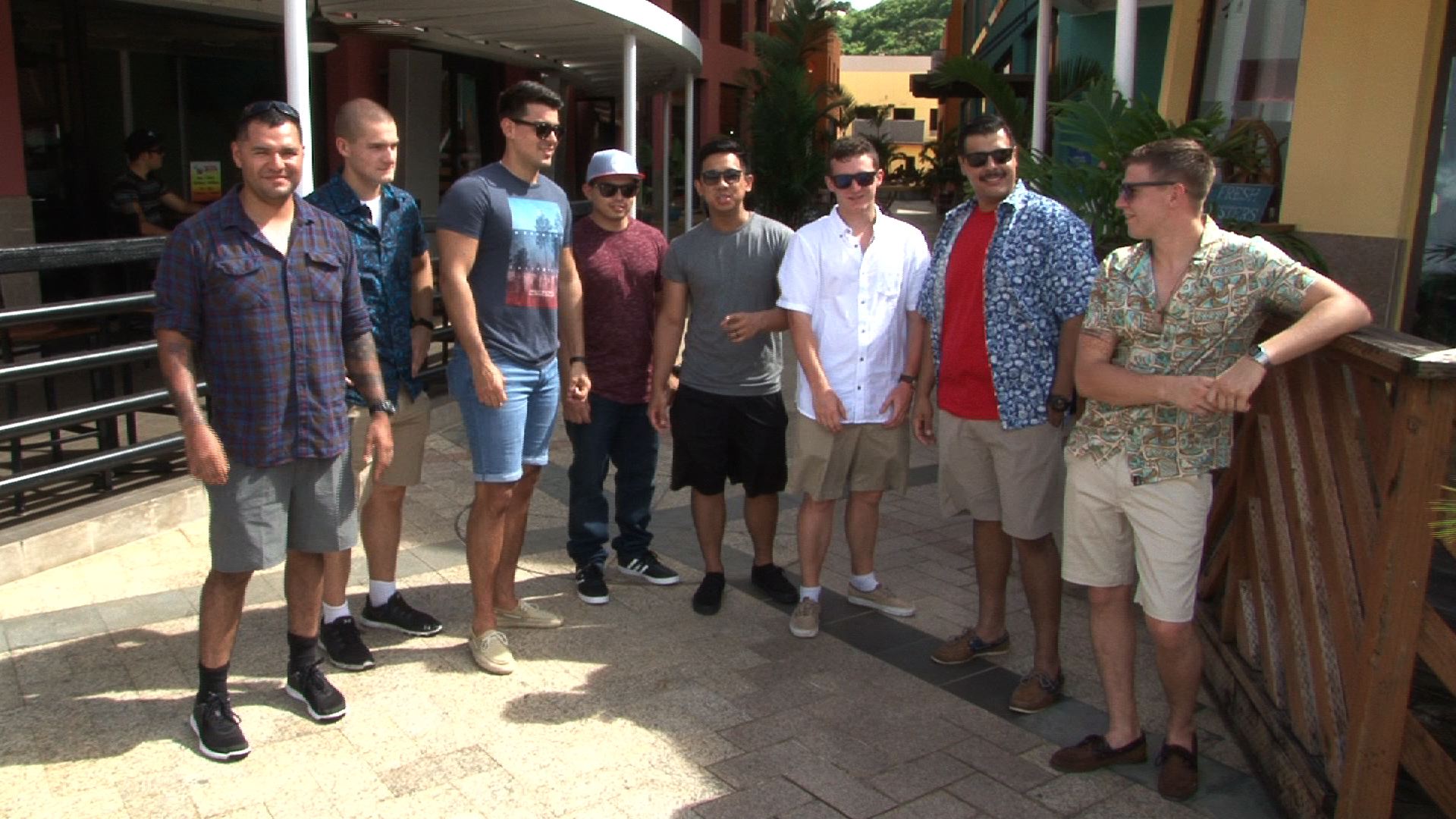 The USS Theodore Roosevelt aircraft carrier strike group is on Guam bringing with it approximately 6,000 people comprised of both sailors and marines.

Guam – Businessmen say the carrier strike group’s visit brings a boost to the local economy during a time when tourism is slow.

“It’s beautiful here. I love it here,” said Navy Seamen Dylan Williams. “Is this your first time on Guam?” asked PNC “It is,” said Williams. Roughly 6,000 sailors and marines are on Guam with the USS Theodore carrier strike group. While here many of them patronize local businesses.

“What have you and your buddies done so far since you’ve got to Guam?” asked PNC. “We’ve gone out to the beach a lot we’ve partaken. We’ve gone to the bars you know we’ve done everything, gone down to the strip had a bunch of great food. It’s been good overall,” said Navy Seamen Caleb Karnes. “Any other shopping?” asked PNC. “Yeah, a little bit down the strip malls and things like that, so, yeah it’s great shopping too,” said Karnes.

In fact, local businessman Mark Baldyga tells PNC this carrier visit has more than doubled the amount of business at both the Globe Nightclub and the Beach Bar for each day that they are here. “So far I’ve just checked out some of the local bars we went to the beach bar last night so it’s a pretty cool place,” said Williams.

Baldyga says this carrier visit is especially helpful now with the recent slump in tourism due to the North Korean threats. “How much do you think you’ve spent while your here?” asked PNC. “I don’t even want to think about that. Ballpark probably around 200 to 400 bucks,” said Karnes.

The USS Theodore Roosevelt is a Nimitz class aircraft carrier with about 5,000 sailors. It’s the flagship of the carrier strike group 9 which has a total of about 7,500 personnel. The strike group includes four other ships two of which are on Saipan namely, the Ticonderoga class guided missile cruiser USS Bunker Hill and the Arleigh Burke class destroyer USS Sampson. The other two ships are both Arleigh Burke class guided missile destroyers namely the USS Preble and the USS Halsely and they are both on Guam with the carrier. Their strike group left San Diego for a regular deployment on Oct. 6th and they arrived at their first stop on Guam on Oct 31st.

“What else are you looking to do before you leave?” asked PNC. Karnes replied saying, “Um well probably just go get some food you know have a few drinks with my buddies and just relax. Find the waterfalls that’s what he said.”

Baldyga tells PNC that because tourism is up and down. “It’s really the local Guam resident and military business that gets us through the tough times and so we really appreciate not only the military business but local business as well.”