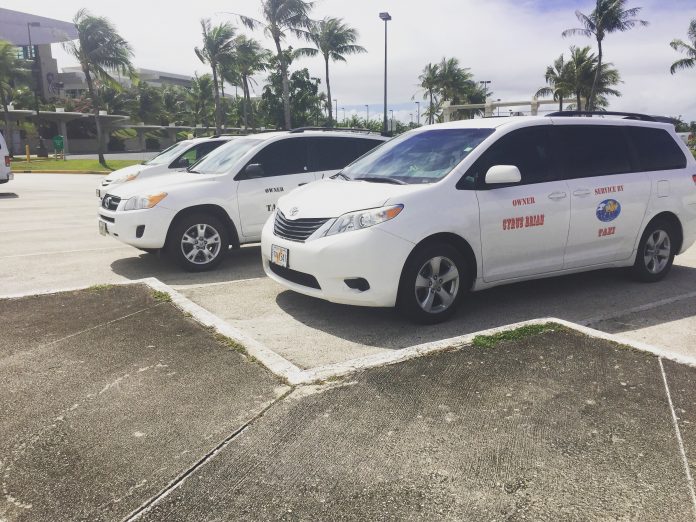 Earlier this month, several taxi drivers at the AB Won Pat International Airport aired their concerns that they could lose their jobs because of the GIAA’s proposed RFP.

Guam – After local airport taxi cab drivers aired their concerns regarding an airport taxi concession contract, the Guam International Airport Authority agreed to cancel the RFP until they can come up with a better model.

Senator Tom Ada was on the K57 Breakfast show this morning with host Ray Gibson. He says he wrote to Airport Authority board Chairman Ed Untalan about the detrimental effects the airport’s proposal could have on independent taxi drivers’ livelihoods.

Earlier this month we spoke with several taxi cab drivers who said the RFP’s requirements were too stringent and would cost them their jobs.

The RFP would have given the concession contract to just one contractor which would have kicked out the three other airport taxi contractors.

Senator Ada says Untalan responded to his letter, agreeing to cancel the RFP. The senator says he suggested using a different method for airport taxi services.

“When you go to San Francisco for example and you go to one of the larger hotels, you come out and there’s a concierge standing out there on the sidewalk and there’s all these taxi cab drivers that are cued up and that concierge becomes the linkage between the customer that’s needing transportation and the taxi cab,” notes Senator Ada as an example of an ideal model for taxi services at airports. “And so and that way then it’s a win-win situation. We can provide the quality service to the customers and also then the independent taxi drivers–this is their means of generating incom–are able to equally participate in this business opportunity.”

Spokesperson for the independent association of taxi drivers Noel Roque says they are glad that the Airport is finally listening to their concerns and they want to thank those who helped and supported the airport taxi drivers.