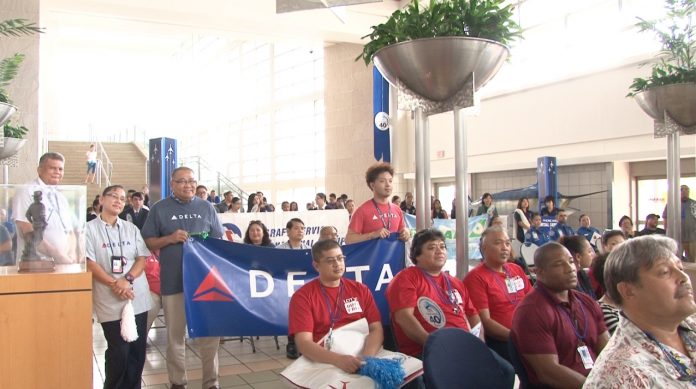 Tomorrow, there will be a 40th anniversary 5k run and walk and a softball tournament. Then, as January progresses more celebratory events such as a golf tournament and a bowling tournament.

“We have grown substantially over 40 years and I was just listening to and although I wasn’t on Guam at the time when it became the Guam International Airport Authority. But I am now and I’m very honored to be here. This island has done great things for our community and me and has been really a big part as a catalyst for our economical growth. I was thinking and I had got some statistics, these statistics are pretty amazing. In the last four years almost five years now during our administration, we have nearly doubled the number of signature carriers that come to our island who are at our airport,” said Tenorio.