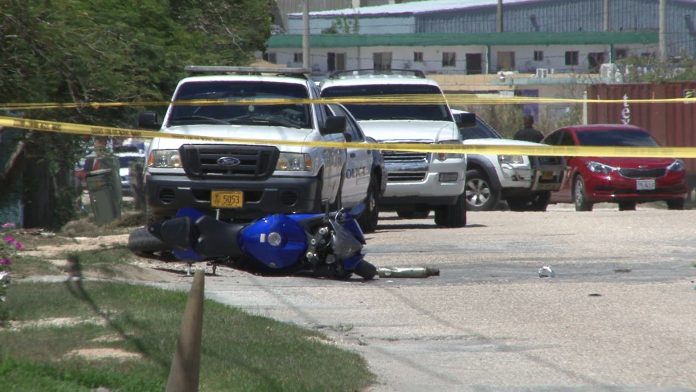 Two airport police officers have been placed on administrative leave pending the results of an internal affairs investigation.

Guam – Two airport police officers involved in the shooting of a motorcyclist on Wednesday could face criminal charges, according to airport Chief of Police Bob Camacho.

The pursuit started when the man riding the motorcycle failed to stop for airport police. The chase started near the AB Won Pat International Airport and continued into Adrian Sanchez Street in Harmon.

Guam Police Spokesperson Capt. Kim Santos says an airport police officer then shot at the motorcyclist who lost control of his bike and crashed.

Details of the investigation have not been released, such as why airport police attempted to make a traffic stop, why they pursued the victim into the Harmon area or why the airport police officer fired his weapon.

The motorcyclist was rushed to the Guam Memorial Hospital and was initially listed in stable condition, however, GMH Spokesperson June Perez says the man was discharged from the hospital last night.