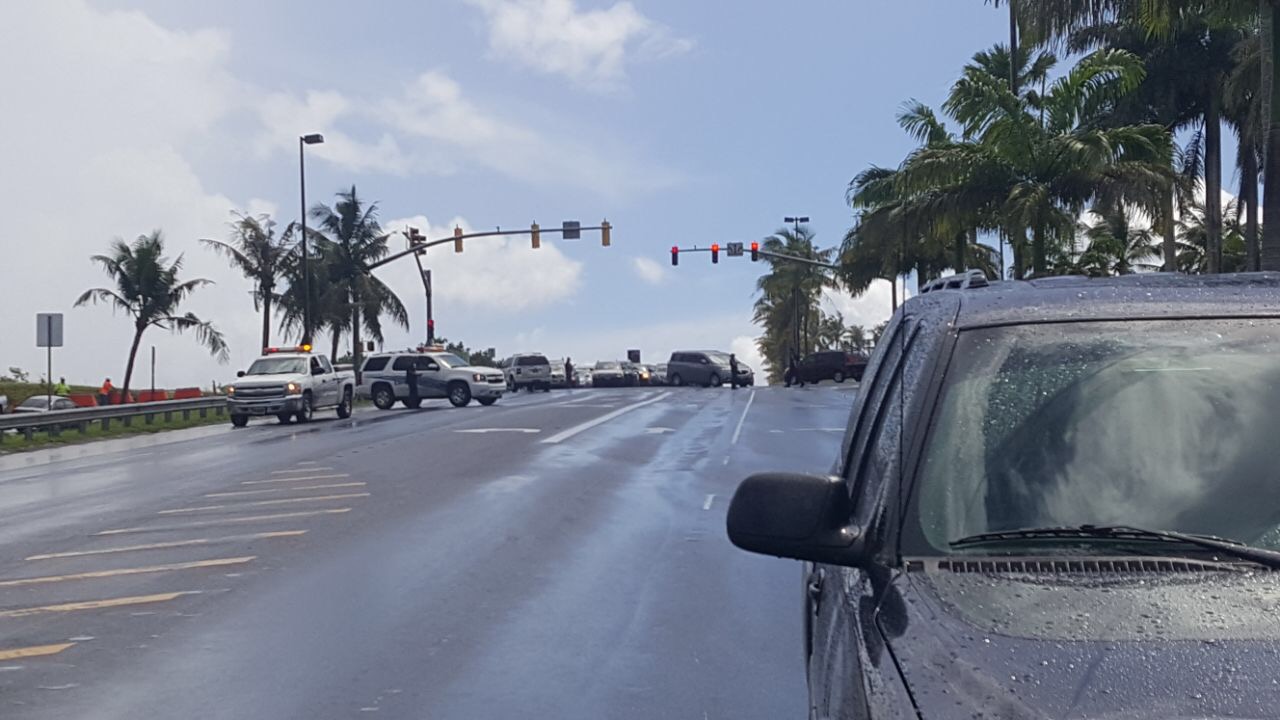 Authorities close Airport Road from Rt. 1 to front of GIAA due to discovery of unexploded ordnance.

The road leading to the A.B. Won Pat Guam International Airport Authority is closed due to the discovery of an unexploded ordnance. The road is closed from Marine Corps Drive to the front intersection of the airport.

According to a release from the Guam Office of Homeland Security the ordnance was found by bush-cutting crews and reported at about 10:15am. The Andersen Air Force base EOD unit has been requested.

Around 10:15 a.m., the Offices of Guam Homeland Security and Civil Defense (GHS/OCD) received a report from 911 dispatch of a found unexploded ordnance on the intersection on Route 10A near the Guam International Airport Authority. The ordnance was found while bush-cutting was being conducted.

The Airport Police and Guam Fire Department are on the scene. The Andersen Explosive Ordnance Disposal (EOD) unit have been requested.