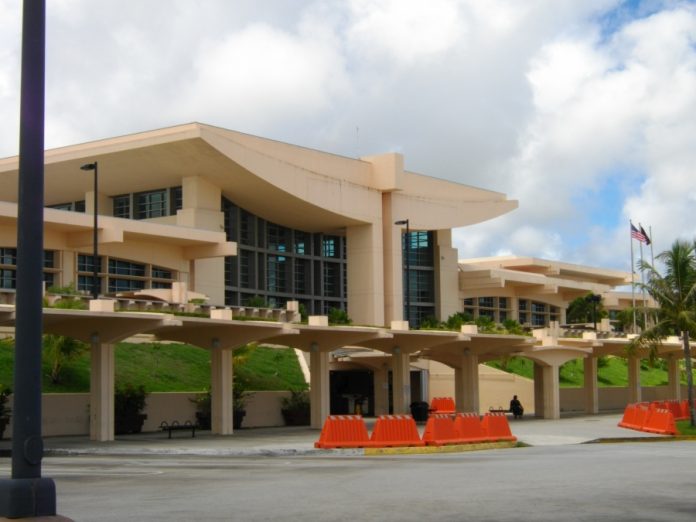 The lawsuit stems from an incident in which an unarmed motorcyclist was shot by Airport Police during a hot pursuit.

The lawsuit, filed by Joshua John Mesa, stems from an incident which occurred in June 2016 in which Mesa was allegedly shot by Airport Police Officer Vincent Castro on his buttocks during a pursuit in the Harmon area.

Mesa is suing the airport authority and Castro for $300,000 under the Government Claims Act.

On Monday, GIAA filed a motion to dismiss the complaint with prejudice onn the following grounds: first, that Mesa failed to state a claim upon which relief could be granted, citing the airport is an autonomous agency and that the Territory of Guam and its officials are not Persons under the statute. Second, that suits seeking relief through monetary damages under section 1983 are not under the jurisdiction of the District Court of Guam. The Airport further argues that actions brought under the Government Claims Act are governed by the laws and rules of procedure of the Superior Court of Guam.

The motion to dismiss also addresses Mesa’s claim that GIAA committed negligence in hiring, training and retention and gross negligence by employing Vincent Castro as a police officer. These TORT claims, according to GIAA, are invalid, because “negligent hiring, training and retention is a discretionary function,” to which the airport is immunized from liability under the Government Claims Act.

GIAA adds that these TORT claims must be brought before and decided upon by the Superior Court of Guam. GIAA says that Mesa also failed to comply with pre-suit filing requirements and that Mesa’s claim merely names GIAA While Mesa accuses Castro of misconduct, his government claim, court papers state, is “devoid of any allegations or claims regarding actions by the agency itself.”