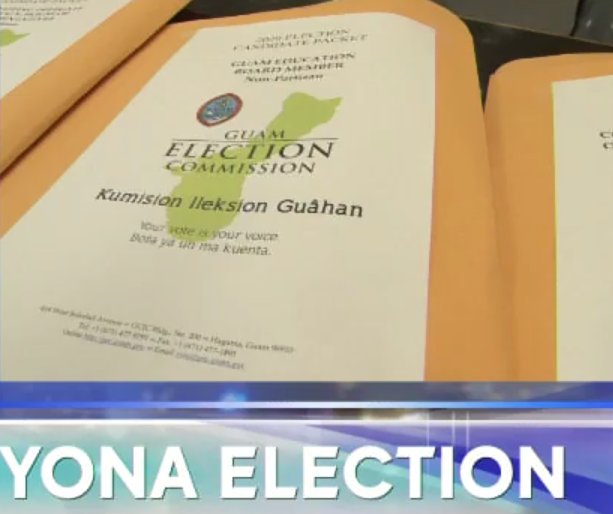 Nearly 3,000 registered Yona voters will be able to choose their new village mayor during the mayoral special election on May 30, Saturday. Whoever wins the election will fill the vacancy left by former Mayor Jesse Blas, who faces federal extortion charges.

Six candidates will be listed on the ballot to become the next Yona mayor. They are Democrats Ethan Camacho, Bill Quenga, Edward Terlaje, Roque Eustaquio, Cedric Diaz, and Republican Franklin Hiton.

Guam Election Commission Executive Director Maria Pangelinan says that voters will be able to vote curbside or at one of the three socially distanced polling stations in the M.U. Lujan Elementary school.

“We will have hand-washing equipment, we will take their temperatures. We have contingencies if they measure more than 100 degrees or higher. We will serve them at the curb. We will not turn anyone away,” Pangelinan assured.

For voters who are physically unable to go to the polls or are in quarantine, Pangelinan says that GEC will take requests for homebound voting until 4 pm on Saturday.

Yona residents are urged to wear a mask and bring their own black or blue pen, but Pangelinan says that a mask or a pen will be supplied to them if needed.