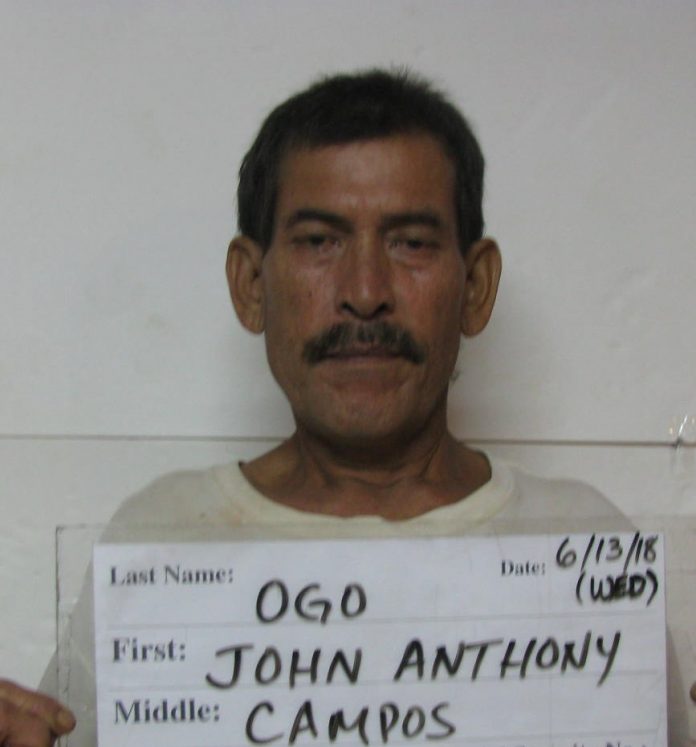 Guam – Yesterday afternoon the Guam Police Department was on high alert after a man called 9-1-1 threatening to harm people, that man has since been arrested.

With only a phone number as a lead, authorities were able to track down the alleged active shooter suspect who reportedly called 9-1-1 threatening to “shoot up people” and hung up.

A search warrant was obtained for the phone number the call was made from, leading detectives to the Dededo home of 56-year old John Anthony Campos Ogo.

According to GPD Spokesperson Sgt. Paul Tapao, during questioning Ogo admitted to placing the call to 9-1-1.

Although the threat made was non specific, it did result in preparations being made at the Guam Museum and Guam Legislature for a possible lock down, as well as increased police presence at the Chamorro Village Night Market.

A dog was found dead in Talofofo, having drowned a