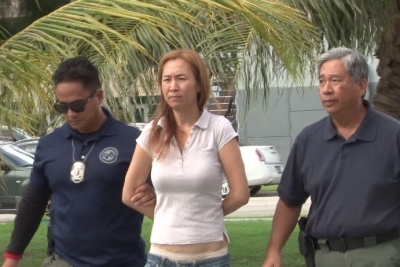 A grand jury agrees that a baby getting punched in the face warrants felony charges.

Guam – The Attorney General’s Office may not have initially agreed that a woman seen punching a 10-month-old baby in a video warrants felony charges based on Guam law, but a grand jury certainly does.

Han is believed to be the woman seen punching a 10-month-old baby at the Micronesia Mall earlier this month in a video that went viral on social media.

The community expressed disappointment that Han was only charged with misdemeanors at first and a Facebook page was also started calling for justice.

That public outcry may have helped seal the felony charges. Han now faces up to 5 years in prison. Misdemeanors are only punishable by up to 1 year imprisonment.