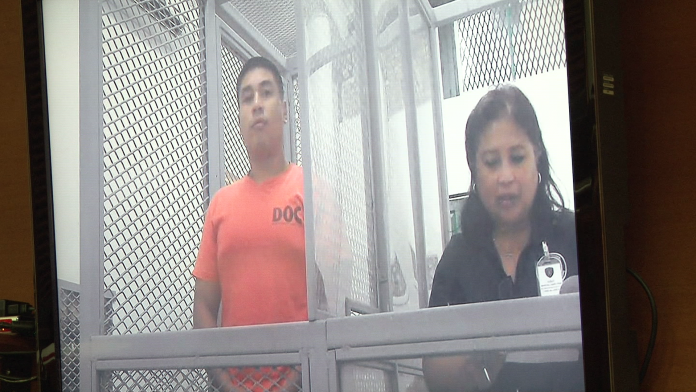 Guam – A suspect in the “Yigo Dog Killer” case has been nabbed by authorities who discovered the suspect was in possession of numerous firearms and plenty of ammunition.

Pugua and three other dogs were all discovered murdered outside or near their Yigo homes. The weapon believed to have been used a 22 caliber gun and a 9 millimeter gun.

All the Guam Police Department had to go on was the description of a person of interest–a man who allegedly made threats to Pugua and other neighborhood dogs because of their barking a day prior to the bloodied discovery of Pugua.

That man has been identified as Gerald Wayne Cruz II. According to GPD Spokesman Sgt. Paul Tapao, while detectives canvassed the Yigo area they met with a possible witness who pointed to Cruz as the person responsible for the attacks from a photo lineup.

Several dogs have fallen victim to neighborhood killings this year. In May 2018, a Rottweiler was shot and killed. Another neighbor’s golden retriever had also been shot in the testicles and in the leg, but survived. Then on September 28, another dog that died from a bullet wound was found in a neighborhood yard.

But Cruz’s alleged cruelty towards animals began before he turned his sights on the these animals. GPD learned that the Cruz had also killed a cat in May.

“One witness stated she observed the defendant approach a neighbor’s yard and shot the cat, pick up the cat’s body, and throw it into the defendant’s truck and drove off,” court documents state.

Tapao says detectives also interviewed Cruz’s wife, who provided information about the incident that occurred on September 26. According to court documents, Cruz’s wife told police that she saw Cruz shoot the cat a few months prior with a 22 caliber rifle and that he used the same rifle to shoot Pugua.

While Cruz allegedly admitted to police that he shot the cat, he denied shooting Pugua. Authorities obtained a search warrant for Cruz’s home where they discovered four firearms, including the 22 caliber rifle.

Assistant Attorney General Jeremy Kemper sought a $25,000 cash bail. “This was a case involving gun violence on the property of other people and five different animals on different dates over the past summer. Additionally, his criminal history–crime against a child–did appear to have a valid ID at the time. Jail is the most appropriate place at this time,” he said.

Public Defender Jocelynn Roden fought to have her client released. “Your honor, he will not be a danger to the people. At best, his issues are to animals. I ask the court to consider release on unsecured bond,” she said.

“If you violate any court orders, not only will you find yourself in jail, you will be liable for that $25,000 bond,” warned Sison.

Cruz faces two counts of animal cruelty as a third degree felony with the special allegation of possession or use of a deadly weapon.