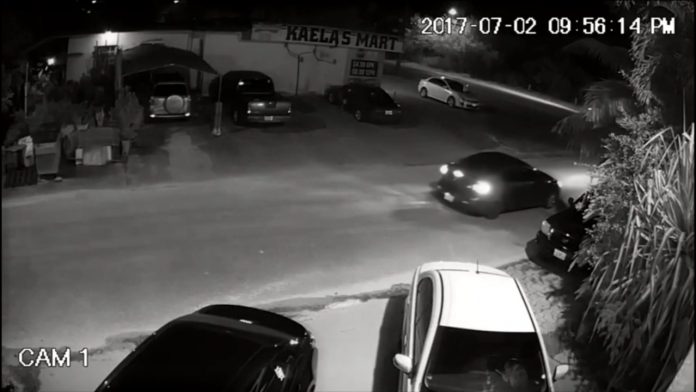 The passengers in the vehicle allegedly tried to lie about who was really driving at the time of the fatal crash.

Guam – A man accused of driving drunk and crashing into another vehicle earlier this month is now facing charges of vehicular homicide.

In addition, two other men are facing felony charges for allegedly trying to tamper with evidence and confuse police.

The driver of the Mirage, Anna Marie Flores, later died from her injuries.

According to police, there were four occupants in the Mazda 3 at the time of the crash: Riality Joe, Travor Todd Ruben, William Miurha and Junior Miurha.

When the four were interviewed a few days later, police were given conflicting reports. Eventually, police sorted out that Joe was driving the Mazda 3 at the time of the crash and that Ruben, William Miurha and Junior Miurha were passengers.

However, when police interviewed Joe and William Miurha, they revealed that Joe was the driver. William Miurha also revealed to police that Ruben and Junior Miurha asked William to lie because they had told the officer at the scene that William was not in the vehicle at the time of the collision.

Police say the four men were drinking at a residence when they decided to go for a beer run, apparently driving drunk. Police also say that they found several open containers inside of the Mazda 3 during a vehicle check.

The magistrate report notes that the victim was also intoxicated at the time of the accident. Her blood alcohol content measured at .223.

Joe is facing charges of vehicular homicide while intoxicated, vehicular homicide, DUI with injuries, reckless driving and making a false report. Ruben and Junior Miurha were charged with hindering apprehension and falsifying evidence, both as third degree felonies, and unsworn falsification as a misdemeanor. Ruben was additionally charged with witness tampering.

The Attorney General’s Office did not file any charges against William Miurha.