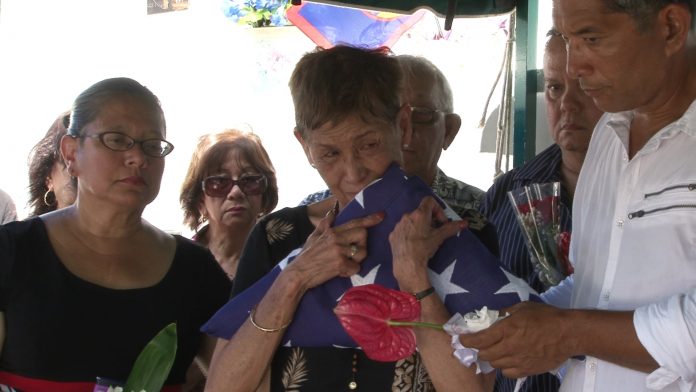 Doris Concepcion says her son revealed on his deathbed that he had been sexually abused by Archbishop Anthony Apuron back in the 1970s.

Guam – It was a solemn morning for Doris Concepcion and her family today as she laid to rest the ashes of her son, Joseph Quinata, who Concepcion says was molested by Archbishop Anthony Apuron.

Doris Concepcion’s son, Joseph “Sonny” Quinata, died 11 years ago, but Concepcion has only been able to bring his ashes home now. This is because Concepcion held on to a dark secret until recently.

As Quinata was being wheeled into surgery, Concepcion says he revealed on his deathbed that he was molested by Archbishop Apuron. Quinata had served in the US Army.

Concepcion was the second person to come forward with allegations of sexual abuse against Archbishop Apuron.

The first was Roy Quintanilla who says Apuron molested him when he was an altar boy at the Mt. Carmel Catholic Church in Agat. About a week after Concepcion public accused the archbishop of molesting her son, a third person came forward, Walter Denton, who accused Apuron of raping him at the same church, also when he was an altar server in the 1970s. Archbishop Apuron has vehemently denied the sex abuse claims.

Quinata’s ashes were laid to rest at the Veteran’s Cemetery in Piti.