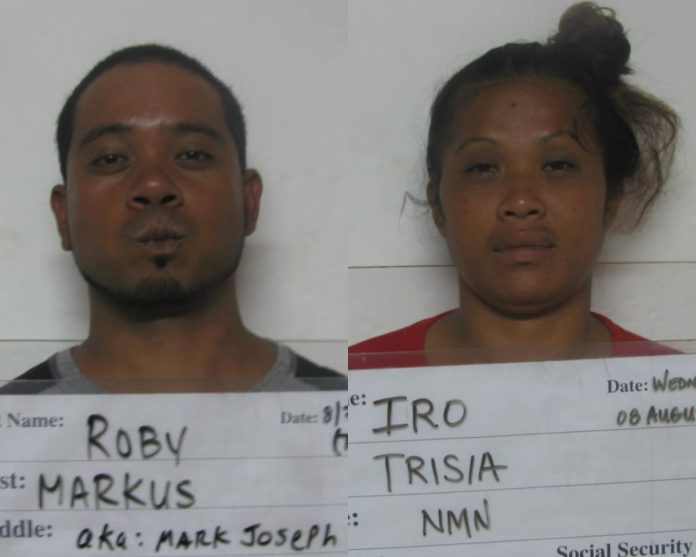 Guam – Many parents teach their children not to accept a ride from a stranger, but in this case a young girl knew the couple who allegedly kidnapped and then raped her.

Here’s how the story unfolds, according to court documents.

The 16-year-old girl was walking home along a Dededo street at four in the morning when Markus Roby and his girlfriend Trisia Iro pulled up alongside her and asked if she needed a ride home. The minor, who told police later that she knew the couple, took them up on their offer. However, instead of taking the young girl home, they drove to their own residence. Roby told the girl that he would drop her home when the sun came up.

Court documents state that the minor fell asleep and did not wake up until three in the afternoon. When she awoke, all her clothes were removed, and Roby was naked on top of her. While the girl begged him to stop, Roby allegedly covered her mouth and raped her. According to court documents, the teenage girl tried to fight off her attacker and then called the police — thankfully, right before Iro allegedly took the girl’s cellphone and broke it.

GPD Spokesperson Sgt. Paul Tapao states that the victim was able to provide police with enough information regarding her possible whereabouts. As police canvassed the Dededo area, they saw a man standing outside a home and a car that matched the description provided by the girl. They then heard screams for help coming from inside the residence.

While Roby and Iro were both arrested for offenses related to felonious restraint among other charges, only Roby was charged in court today. He was charged with third degree criminal sexual conduct and criminal mischief. He was booked and confined.