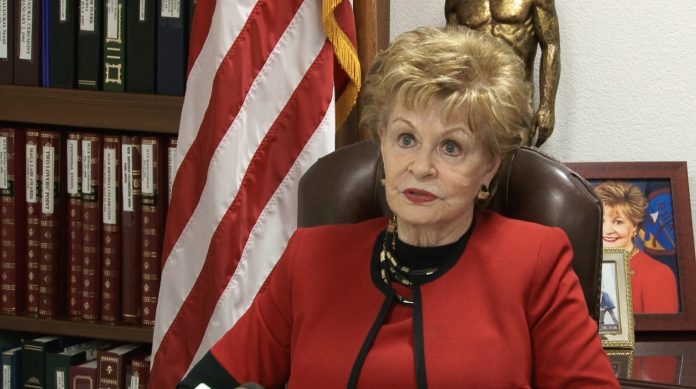 Guam – Earlier this year a little over 40 COFA migrants were abruptly kicked out of the AmeriCorps program on Guam due to a strict interpretation of a federal law. Now with the help of Vice Speaker B.J. Cruz, Congresswoman Madeline Bordallo will introduce an amendment to the law that will prevent that from ever happening again.

Keeping her promise from earlier this year, congresswoman Madeline Bordallo, with the assistance of Vice Speaker B.J. Cruz, will introduce federal legislation.

“On my return to Washington D.C., I’m going to introduce federal legislation that would make citizens from the Federated States of Micronesia, the Republic of Palau and the Republic of the Marshall Islands who have migrated to the U.S. through the Compacts of Free Association eligible to participate all national community service programs, including the AmeriCorps,” said Bordallo

The legislation, which was originally Cruz’s idea, will amend the National Community Service Act of 1990 to include residents from the Freely Associated States. According to Bordallo, the bill will ensure that any COFA migrant will not be denied eligibility to participate in national community service programs such as AmeriCorps. Cruz originally approached Bordallo with the idea to add the amendment after about 44 AmeriCorps participants in Guam were abruptly disqualified from the program earlier this year.

“For the last 30 years, Compact migrants have been able to participate in AmeriCorps and we were all surprised this year when they we’re all of a sudden told they were disqualified,” said Cruz. “It was tragic, kids came to the hearing crying because they were depending on the $2,000 stipend they were going to get to pay for their tuition and it wasn’t going to come through.”

The amendment would reinstate and reopen up positions that previous AmeriCorps students performed such as: interpreters for schools or assisting the courts or even becoming one to one aids to help with special education students.

The amendment would also make any COFA migrant eligible to join a community service program anywhere within the United States, including the FAS. Cruz says the way the law is written now, to join programs like AmeriCorps you must be a U.S. citizen, national or have a green card, which is working towards us citizenship. Cruz says the only other way to move freely and work in the United States is through the compact, so it only makes sense to include such migrants into the law.