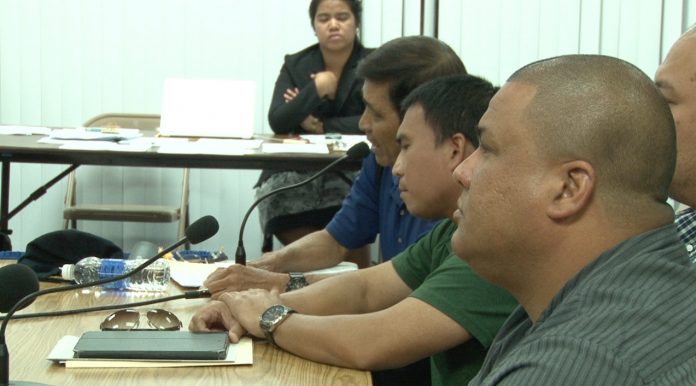 Guam – “I believe and the reason why I introduced this bill and I’m enduring all of this tonight, is because these raises should be going to benefit our communities,” said Senator Mike San Nicolas.

A few hours after the governor and his directors testified against bill 204, the people who supported the bill shuffled into the legislative hall to give their testimony. First up was the man whose survey started it all: Andri Baynum.

“We are not democrat or republican. We are not seeking public office, nor are we against any elected official. We continue to believe that the actions our elected officials took on November 14 was not only an insult to the democratic process but disrespectful to the people of Guam. We believe back then and still believe today that public law 32-208 must be repealed so that confidence in the democratic process and our public servants can be restored,” said Baynum.

Baynum and his AP history students started a poll last month that asked over 1,200 registered voters how they felt about the pay raises. Shortly after the poll was released, Senator Brant McCreadie introduced bills 201 and 202. Those bills would repeal the pay raises and retro pay for senators. Then, later that day, Senator Mike San Nicolas introduced bill 204, which took aim not only at senatorial pay raises, but at all elected and appointed officials.

Another man testified in favor of 204 because of GovGuam’s current financial crunch that has resulted in things like the slow payment of tax refunds.

In support of bill 204, this is the right thing to do, let’s serve the people. Let’s give the tax refunds in one month. Why do they have to wait for six months for there money to be paid for them? And why do we have to borrow money to pay for tax refunds?” said one concerned resident.