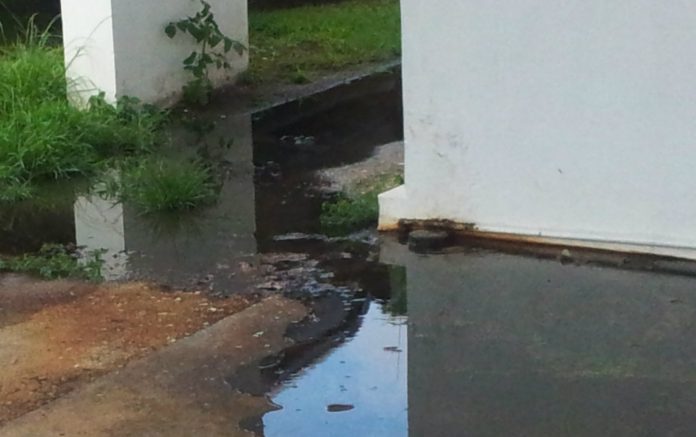 $36,457 was transferred out of the Office of Veterans Affairs budget at the close of FY14

Guam – The Veteran’s Affairs Office continues to make preparations to move from Asan to a space at the Piti Veterans’ Cemetery. Administrator John Unpingco told PNC last week the move was necessary because of on-going sewer problems in their current facility, problems which he says Veterans’ Affairs doesn’t have the money to fix.

“About $30,000 was the figure the conservative figure given to me,” Unpingco told PNC.

But that amount did exist in the VA’s budget. In fact the Governor transferred $36,457 out of the VA budget to the Department of Administration at the close out of Fiscal Year 2014 to pay salaries and benefits. The money was taken from the following budget categories: salaries, travel, contractual services, supplies and materials, drug testing, and telephone.

Budget Committee Chair Vice Speaker BJ Cruz had his office track the transferred money and according to Policy Analyst Carlo Branch it went to the Guam Police Department.

Could the VA have used it to fix the ongoing sewage problems at the office?

“I would have liked to have laid my hands on that money but it was gone,” Unpingco told PNC when asked. “So it was water under the bridge.”

Unpingco met with Governor Eddie Calvo on the sewage issue this morning. He says Calvo told him his fiscal team would determine if there was anything they could do to fix the problem.

PNC contacted the Governor’s Communications Office to ask about the budget transfer but they were still working on their response at the time of this posting.