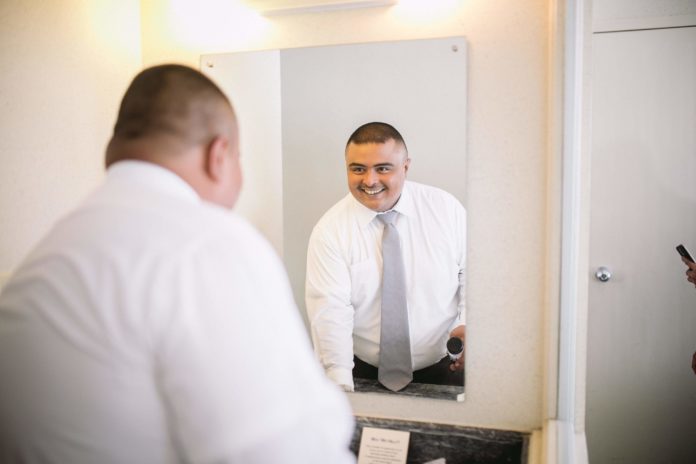 Guam – Today PNC had the honor of speaking with the mother of Andrew Damian, the man whose life was cut short as a result of a tragic motorcycle accident over the weekend and as you will see Damian’s passing has left a hole in the hearts of those who knew him.

The first and foremost happiest thought or memory right now that I have right now and I am holding onto that Sunday, my sons and i were at worship that morning together. my son when he was leaving after worship he gave me a kiss but I didn’t know that, that was the farewell kiss,” shared his mom.

33-year old Andrew Damian’s life was cut short following a tragic motorcycle accident last Sunday. Andrew’s life growing up was not one of a typical child, he had lost his father in a fishing accident when he was just 4 years old, forcing him to grow up a little sooner than most. His mom Annie Damian shares that while all the other boys were out playing he was out working the farm.

His sister Andrea shares that Andrew became the protector and provider for their family.

His brother Anthony shares that Andrew was a great example of how hard work pays off. He wasn’t given anything and made a life for himself and his wife. An inspiration to his brother and family.

His family shares that losing Andrew has left all of them with an unfathomable sorrow. But they have countless wonderful memories of Andrew and through that he will continue to live on. Andrew was a man of many passions, his family shares that he played golf, loved off-roading, hunting and he was a hard working man who when he wasn’t working he was living.

“My boy he loved his bike and he wasn’t even ashamed sometimes he would call me mom you want to go for a ride with me or let me take you on my bike and we will go and you know like some people are embarrassed their parents are older. Not Andrew he will take his mom on his bike you know he loved riding his bike he enjoyed it so much and he left this world doing what he loved you know,” tearfully shared his mom.

His mom shares that he was a good person with a big heart, the family’s peace maker always finding the good in everyone and everything. And he had a laugh that could light up the world.

“That was the nice thing about Andrew sometime even though you see something from another thing that can be so bad Andrew can show you look at it this was and he
will show you the good on something or somebody that you can not see. As an adult he was just that kind of person even if you don’t know him you learn to love him because he just had that kind of personality. He works for GPA he was loved at work also, i think Andrew has touched so many lives that we don’t even realize we don’t come to we take things for granted in life when everything is all okay right but when we loose someone like Andrew not only his family but he had his work family he had his biker family he just left an impression on everyone’s heart.”

Andrew leaves behind his wife Serena Damian and his family. The family shares that they are thankful that in his short time on Earth, he lived such a full and meaningful life.