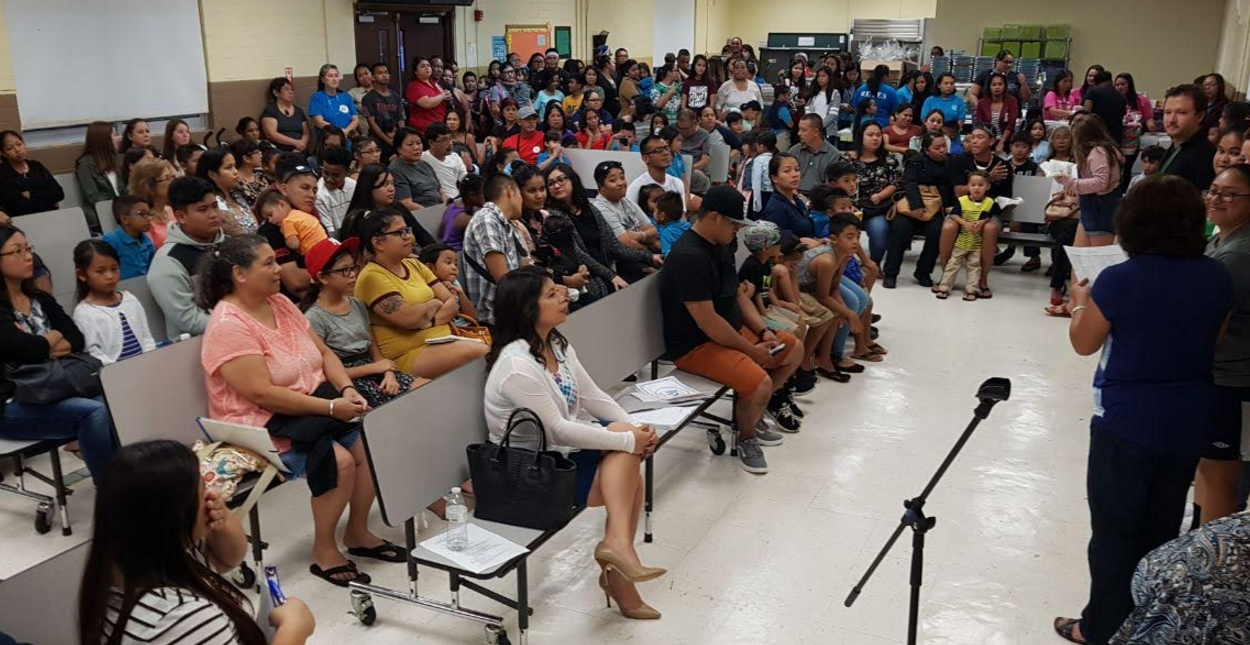 “I didn’t come here for fundraising, raffle, or freaking picking the [expletive] president of the PTO! I’m here to find out what the [expletive] is going on with my daughter’s education!” one parent vented.

One parent demanded, “I want to know where the rest of the board members are because I know [the administrators] are the messengers and we’re chewing you guys out!”

“I didn’t come here for fundraising, raffle, or freaking picking the [expletive] president of the PTO! I’m here to find out what the [expletive] is going on with my daughter’s education!” the parent vented.

After the comment received applause, the parent continued: “My daughter has been literally crying because she’s freaking out and I’m ready to get on a freaking plane to leave because I need her to get educated.”

Administrators told parents the PTO meeting was not meant to voice concerns and went so far as to blame the media for the confusion. However, one parent challenged the notion.

At that point, administrators tried to redirect all questions to the board members, but only one board member was present. And when it became clear that the PTO meeting would not entertain further discussion on the delay, the stakeholders left in frustration.

Once outside, one parent continued to describe how the delay has hampered her daughter’s school experience on Guam.

“She freaked out the other night. She was like, ‘mom are you serious? No school again?’ And what do I tell her? ‘Oh sorry babe, only on Guam?’ That’s ridiculous! …This is my freaking island! I wanted her to be raised here. I wanted her to learn our culture. But what is she learning here? Nothing!” the mother said.

Late this afternoon Guam Fire Department Spokesperson Kevin Reily announced that as of 3 pm, the Guahan Academy Charter School has successfully passed their fire inspection and will be given the GFD portion of the building occupancy permitting process.