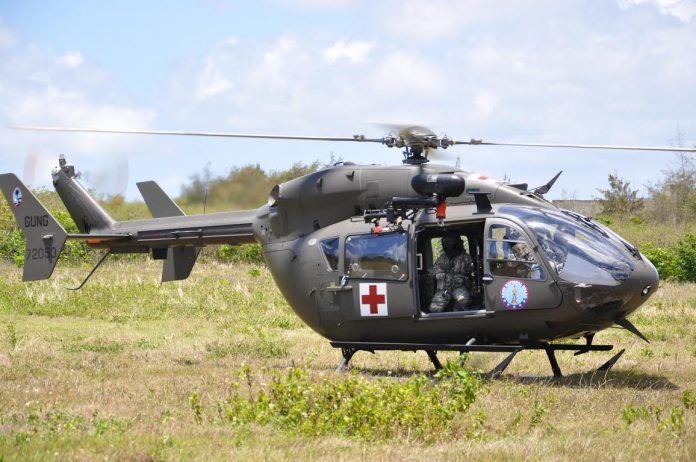 Prutehi Litekyan wrote to Major Josephine Blas, the Guard’s Public Affairs Officer, as well as to Senators of the 34th Guam Legislature, and the press.

The group is expressing its concern and objection to the use of civilian areas for military training exercises.

Of particular note: the apparent short notice of training events, as these are being conducted in populated residential areas.

Prutehi Litekyan writes that the training is being conducted in close proximity to critical habitat areas along the Northern coastline.

The group is also concerned that the Guam Army National Guard and the Department of Defense did not seek public input, nor determine environmental impact before planning and announcing the exercises.

The release states that these trainings will be conducted throughout the island at various sports fields, including the Malesso baseball field, Yigo baseball field, Eagle Field, and Adelup.

A response from the Guard states: “Should any area or a mission pose unmitigated risk to the public, our Soldiers, or the environment, the location will NOT be used and the mission will be modified or cancelled.”

The training runs through June 11th and is intended to ensure the readiness and safety of Guam Guardsmen and the people of Guam in the event its MEDEVAC unit is required to respond in support of Homeland Security and during natural disasters.