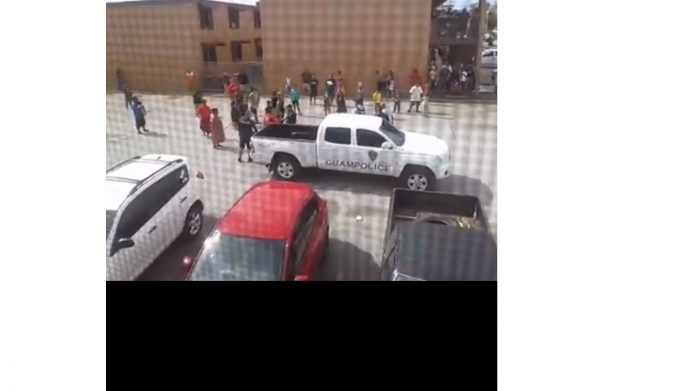 This is the second attack at Harmon Hemalni Apartments since June.

Guam – Two men have been arrested after an altercation at the Harmon Hemlani apartments in which Hemlani residents were cheering on one of the assailants while police attempted to arrest him. Bill Hallaky, a 19 year-old male was arrested after police responded to a disturbance over the weekend. A manager at the apartments called police after he alleged Hallaky assaulted him. According to police, when officers tried to detain the assailant, Hallaky immediately postured himself into a fighting stance. According to police, by this time, Hemlani residents began to encourage and cheer Hallaky on. This latest attack comes less than three months after an attack on GPD officers at the same location. Following the June attack, Chief of Police, J.I. Cruz said GPD would take a ‘holistic approach’ to ensuring an attack on police officers did not happen again. Governor Eddie Calvo appointed a task force made up of members of different government agencies.