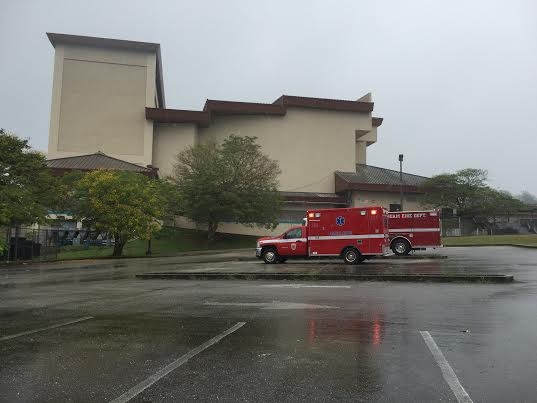 Southern High School was closed and evacuated Friday after a bomb threat was found written on one of the bathroom stalls.

Yet another bomb threat caused the closure of another public school today. Yesterday’s threat closed Simon Sanchez in the North today it was Southern High School. Simon Sanchez was closed after they found two bomb threats written in bathroom stalls.

Today the bomb threat was again written on the wall in a restroom. The Southern High School principal Rosalin Mmeeks told PNC today that the threat was noticed before lunchtime so at lunch they began evacuating the school and sending students home.

According to GPD PIO Paul Tapao the Navy’s EOD airport police K9 the Guam Fire Department Engine 5 and Guam Homeland Security were all activated and sent to the scene.

Students were sent to the track by Southern High to be picked up by parents.

After sweeping the campus with K-9 units the Navy’s K-9 and Airport Police K-9 units gave the all clear at 1:23 Friday afternoon.

No bomb was found during yesterday’s sweep of Simon Sanchez highschool either.