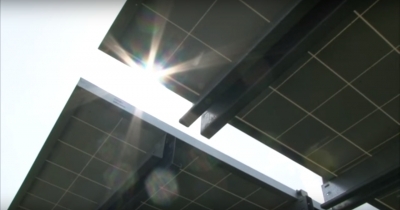 At the end of 2016, absent the approval of the US Congress, the solar tax credit that aids prospective bidders for phase 2 drops 20-percent in value.

Guam – Another possible delay for phase ii of the Guam Power Authority’s renewable energy project as one of the bidding companies has filed a protest. This latest delay could increase the risk of losing a valuable tax credit.

The Guam Power Authority has faced pressure from the Public Utilities Commission to award a bid for phase 2 of its renewable energy project. Now, as CCU Chairman Joey Duenas has confirmed, a protest has been filed by one of the bidders.

“So, We’re really liked stop, until we can resolve that. The only thing I can tell you is when we probably do award phase 2 and take that contract to the PUC we will probably be also requesting to the PUC at the same time the ability to go out and procure some sort of energy storage to address the intermittency of phase 2 as well as the existing renewables that we have,” said Duenas.

But why now? During Phase 1 of GPA’s renewable contracts, GPA did not ask for energy storage. Why is GPA asking for it to be mandatory during phase 2?

“Let me answer that, we didn’t. Because I was here on the CCU and I used to ask them, I said Guys I keep reading things about intermittency and this causes problems. And they were saying well were going to do a study, well guess what, now we know. Now we know, there’s the proof this is what it does. Everybody thought renewables was this great thing,” said Duenas.

Duenas says that NRG production has shown GPA that solar energy is incositnent. Based on these new graphs, battery storage must be mandatory to balance out the inconsistency. GPA maintains that this inconsistency hurts GPA’s already fragile system. Even though GPA wants to introduce battery storage as a mandatory component of future renewables, is there a cost?

Benavente and Duenas say that GPA will recommend to PUC that no additional renewable energy plans go forward unless Battery storage is required as part of the plan. PUC Chairman Jeff Johnson said in an earlier interview that the tax credit is up at the end of 2016. This tax credit is worth 30-percent; if the project is not ready in time to recover the credit by the end of 2016, the bids would become more expensive, which translates to more cost to the ratepayer. Duenas says he does not know if the latest protest will delay the bidding process although he says the bidding process has stopped as a result of the protest.