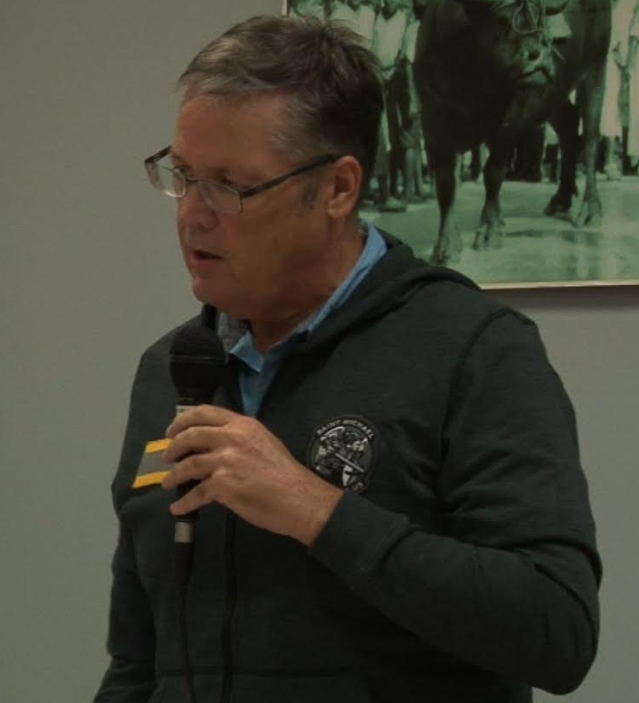 “I drafted an ethics complaint to the board on [Ron McNinch] because after the first ethics complaint was filed, he went on social media making comments.  If I was him, I would have never said anything,” – Concerned citizen Barry Mead.

Guam – Tonight, the Guam Education Board will make a decision on the ethical allegations filed by concerned citizen Barry Mead against GEB member James Lujan.

“It’s just getting really crazy as to how these folks think they can bypass [the system] or that they don’t have to answer to anyone when these things come up,” expressed Mead in an interview with PNC.

Mead filed the ethics complaint against Mr. Lujan for serving as both the Guam Federation of Teacher’s Treasurer and voting member of the Guam Education Board.

In a previous interview with PNC, Mead produced copies of the March 7 and September 21 GEB meetings. In both meetings, Mead says Mr. Lujan made the motion to accept the contract between GFT and GEB. He also notes that GEB only had five voting members during both meetings. This means that if Lujan had recused himself, both motions would not have passed.

In the complaint, Mead says Lujan garnered $3K each year for the last two years while serving as the GFT Treasurer.

“Ron McNinch was appointed as a person to be on this committee. I drafted an ethics complaint to the board on his butt because after the [first] ethics complaint was filed, he went on social media making comments… If I was him, I would have never said anything, because it’s not his place to say anything –even as a member of the board it’s not his place to say anything,” Mead argued.

The concerned citizen says he’ll wait until after this evening’s board meeting to officially file an ethics complaint against McNinch.

In response, McNinch tells PNC: “For me, this is simply a form of politics. And to be blunt, we’re far too busy on the school board for this kind of internecine behavior.” He adds that the complaint lodged against Lujan will be decided upon this evening during the board’s general meeting.

Tonight’s meeting will take place in the superintendent’s conference room, Building A in the  Department of Education’s Tiyan Central Office.