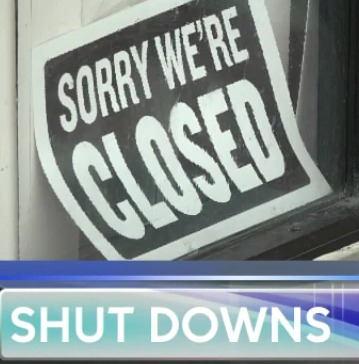 With Chuck E. Cheese’s shutting its doors for good next month, more questions are being raised as to how other establishments will survive this current lockdown.

There have already been several prominent restaurant shutdowns between the first round of PCOR 1 and the current lockdown.

Clifford Guzman, the vice president of technical operations at GFS, says they’re analyzing all their assets after deciding to permanently shut the doors at Chuck E. Cheese’s.

Guzman says even Ruby Tuesdays, which was rumored to be shutting down, is still up for debate.

“Obviously, we have to look at everything. And we have to look at revenue and what can support the business that we’re doing. There’s certainly been no decision yet on that and we’re watching it very carefully. We’re hoping that when we get out of PCOR 1 again, we can start getting the revenues that we need to maintain it,” Guzman said.

He added: “I mean we’re all experiencing the same thing, it’s not just GFS…it’s not just X, Y, Z company. All of us are in this together…and, it’s distressing, no doubt.”

Chuck E’s will shut down on October 18th and residents are encouraged to bring in their tokens and tickets for redemption from now until then.