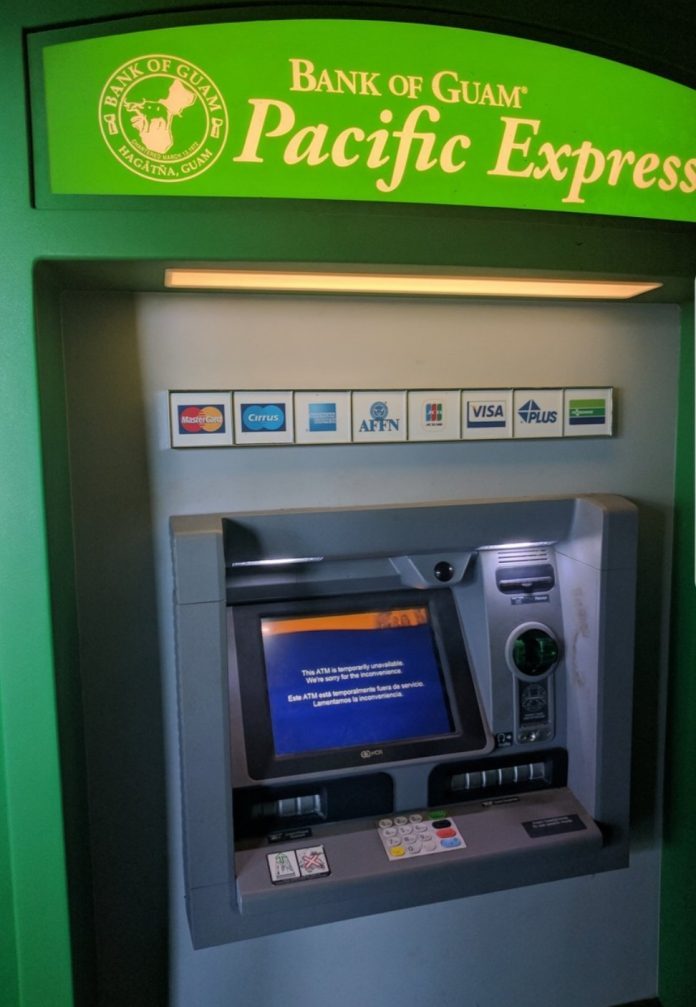 Guam – Island residents need to be extra careful when it comes to utilizing automated teller machines as another skimming device was found on a Bank of Guam ATM at the Micronesia Mall and this time it was equipped with a camera.

Bank of Guam notified police after they received a complaint from a customer yesterday afternoon regarding a BOG ATM being out of order at the mall. After an assessment of the ATM was made, it was discovered that the ATM contained a foreign skimming device with an improvised camera.

This is the second time a Bank of Guam ATM has been found tampered with at Micronesia Mall in recent weeks.

While GPD is investigating the discovery, at this time police cannot say whether this is related to the previous skimmer discovered. They do, however, caution the public to be careful when utilizing an ATM by checking the card reader to see if it appears an odd fit and to check if it easily shakes when force is applied.

GPD adds that the “skimming criminals” may still be within the vicinity of their device and, once discovered, they may approach in an attempt to retrieve their device.

If you discover a skimmer, contact local authorities immediately.