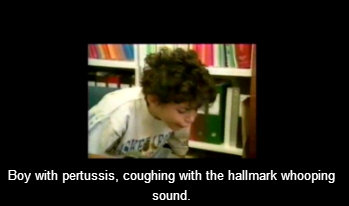 There are now 29 cases of whooping cough on island.

Guam – The Department of Public Health and Social Services just confirmed another case of pertussis, also known as whooping cough, on a 2-month-old baby.

This is the latest laboratory confirmed case bringing the total number of whooping cough cases on island to 29. According to a news release from the Department of Public Health, an investigation into the case determined that the 2-month-old was exposed to a possible source.
To date, a total of 29 confirmed, one epi-linked case, and three probable cases of whooping cough have been reported. Whooping cough is a very serious disease that can easily spread from person to person by coughing or sneezing. A severe cough can last for weeks or months, sometimes leading to coughing fits and or vomiting. Anyone can get whooping cough, but it can be very dangerous for infants younger than 12 months old and people with weakened immune systems.
Public health urges the community to vaccinate their children to protect them from the disease and to further prevent the spread of whooping cough. They also ask that all health care providers be vigilant for possible cases of whooping cough and to promptly report suspect cases of pertussis to the Immunization Program at 735-7143.