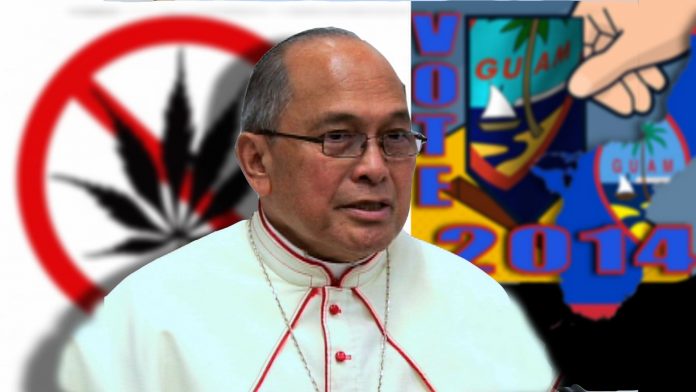 A referendum goes before voters tomorrow

Guam – With the issue of medicinal marijuana set to go before voters tomorrow Archbishop Anthony Apuron is urging Catholics to vote against the matter.

In the Archdiocese of Agana’s weekly newsletter, Umatuna Si Yu’os the archbishop echoed the concerns previously voiced by Pope Francis on the impact of drug addiction on the lives of young people. Archbishop Apuron went on to write that attempts to legalize marijuana for medicinal purposes are not good for the island and called medical use for a marijuana quote “a pseudo-medical bluff.”

Apuron also shared hospitalization and crime statistics from Colorado where marijuana was approved for medicinal use in 2008 and then recreational use in 2012.

Voters will decide on a referendum to legalize medicinal marijuana tomorrow. Polls will be open from 7am to 8pm.