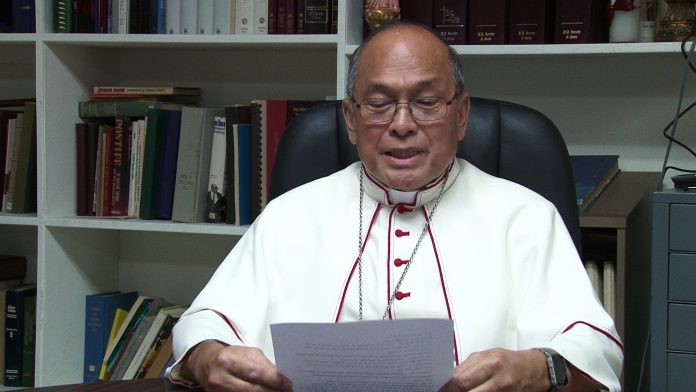 Guam – Archbishop Anthony Apuron is ending his years-long silence, speaking to the media for the first time since a series of allegations were launched against him; the most serious of which is from Roy Quintanilla who accused the archbishop of sexually molesting him 40 years ago.

PNC obtained the archbishop’s exclusive statement. Below is a transcript of Archbishop Apuron’s statement.

As you know there has been a series of attacks against myself and the catholic church in these past three years. As predicted just four days ago, these malicious ads have now resulted in a false accusation of sexual abuse. To be absolutely clear and to avoid any misinterpretation of my statement, I deny all allegations of sexual abuse by Roy Quintanilla. I humbly ask for your prayers and encourage all our faithful to pray for me and for those behind this concerted effort to injure our catholic church. I will continue to defend the faith and give my life for the truth. Thank you. Si Yu’os Ma’ase.