The Mass of Ordination will take place at the Dulce Nombre de Maria Cathedral-Basilica in Hagatna. 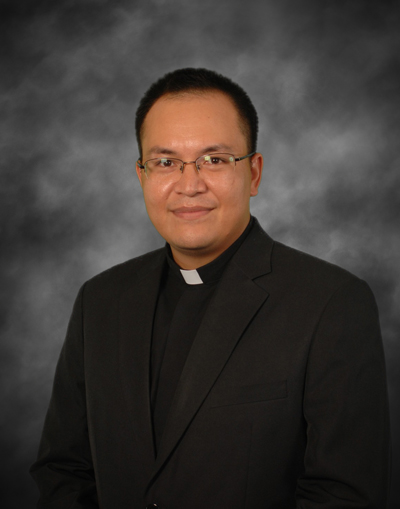 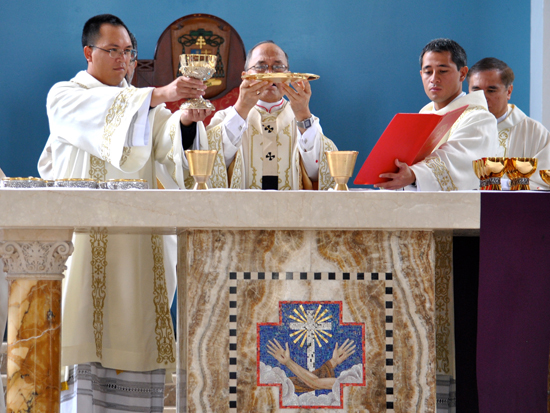 So far, the Redemptoris Mater Seminary of Guam has formed eleven (11) men who have been ordained priests beginning in 2005 with Fr. Alberto Rodriguez Salamanca (Spain), in 2008 with Fr. Jason Granado (Philippines), Fr. Antonino Caminiti (Italy) and Fr. Fabio Fiaola (Italy), in 2009 with Fr. Aurelius Stoia (Austria), Fr. Edivaldo da Silva Oliveira (Brazil), Fr. Julio César Sánchez Malagón (Colombia) and Fr. Miguel Angel Cervantes (Spain) and in 2011 with Fr. Edwin Bushu (USA) and Fr. Francesco Asproni (Italy) and in 2012 with Krzysztof Szafarski (Poland). Among these ordained priests, five (5) now serve as pastors in local parishes in Guam, one serves as an administrator of a chapel, one serves as a parochial vicar in a local parish, one just completed his studies at the Lateran University in Rome and now teaches at the Seminary, one is continuing to pursue his studies at the Lateran University in Rome, one is the Vice Rector of the Seminary who is completing his studies in Lugano, Switzerland and one who currently is serving at the Seminary. Presently, 42 seminarians from 20 nations are being formed at the Seminary in Yona.

Yet again our Archdiocese of Agana will bless Almighty God for the gift of men who willingly have offered their lives totally for service of God and mankind in love and joy. Our presence at this occasion will give witness to this great gift of God. Without priests we have no sacraments. And without sacraments we have no Catholic Church.

The Mass of Ordination will live stream at http://www.aganacathedral.org/.

A Na’ Taotao Tumano follow the Mass. All are invited to attend.