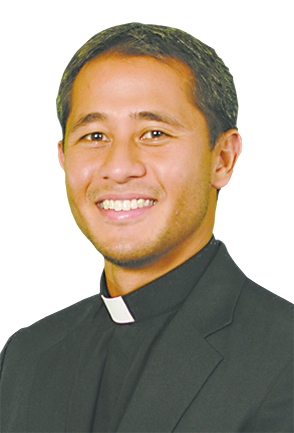 Deacon Martinez says he felt obligated to write the letter because he was personally contacted by someone with direct knowledge of the case.

Guam – The priest who was arrested last week on allegations that he took a minor without permission is now being accused of sexual relations with the 17-year-old girl. Although widely speculated, the allegations were made public in a letter written to Child Protective Services and the Archbishop.

Deacon Steve Martinez sent the letter to Archbishop Anthony Apuron and to Child Protective Services. In it, he says Father Luis Camacho “illegally transported a 17-year-old minor child from Southern High School without her parents’ permission … had the minor child hide as they drove away from the school … drove the minor child to Subway and then to a remote beach in Agat and had sexual contact with her.”

Deacon Martinez tells PNC that he felt obligated to write the letter because he was personally contacted by someone with direct knowledge to the case.

Father Camacho, the pastor of the San Dimas and San Dionisio parishes was eventually arrested and charged with custodial interference but he was booked and released. He then resigned as pastor of the parishes.

Tim Rohr is a local blogger on Catholic activities on Guam and offers some insight on the situation.

“If he was just a regular priest and not a pastor, it’s certainly grounds for discipline and probably a retreat for a couple of years to some place to think through and do penance or something like that. But the fact that he’s a pastor puts him in a position of authority over people and so that’s the same if you’re a teacher or a school principal and you’ve got somebody, doesn’t matter how old they are, but you have authority over them, that becomes a whole different level of abuse,” notes Rohr.

But what Rohr says he’s more concerned about is how the Archdiocese is handling the case. Rohr believes as with other scandals in the church, this is yet another scandal they are trying to sweep under the rug. Rohr believes this is due, in part, to the fact that Father Luis is a product of the controversial neocatechumenal way.

“I believe Father Luis is a victim too–a victim of a machine that needs to turn out these young guys as fast as they can to serve an agenda. They’re not properly vetted, they’re not properly educated,” says Rohr. “Then they pump him out, ordain him, then they put him down in the south all by himself to make him pastor of two parishes before he even knows how to say mass practically. All these pressures that are on him and just being 28 [years old and a] good looking kid.”

Rohr points out that Father Camacho was only 28 years old when he was ordained back in November 2013.

He also says that instead of taking lead of the investigation the Archdiocese announced they would take, the Archbishop is now avoiding the controversy, saying they will wait for the Attorney General’s Office to press charges instead. But Rohr says the canonical investigation should be apart and separate from any civil investigation.