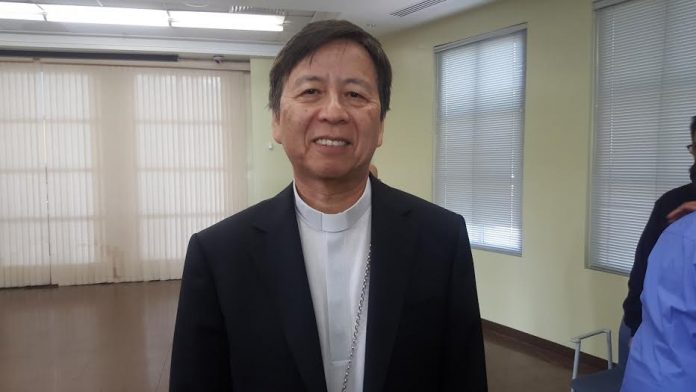 Hon says he will not be able to conduct an investigation into the allegations.

After weeks of being appointed Apostolic Administrator of the Archdiocese, Archbishop Savio Tai Fai Hon was given a clear and decisive mandate from the Vatican to restore unity and peace. However, Hon wanted to point out that bringing healing to the island’s faithful does not mean that he can conduct the investigation into the allegations. In fact, Hon says only the Holy Father or Pope Francis has that authority.
Hon says, “I do not have the authority to investigate Archbishop Apuron in this matter. My obligation is to ensure that all of the documentation related to this matter reaches the proper offices of the Holy See. This I have done promptly and with due diligence.”
However, Hon says the Archdiocese has completely revised the policy for responding to reports of sexual misconduct, which now includes a clause in the event that an Archbishop is accused. Hon also ordered the removal of several statements made by the Archdiocese in response to reports made by the alleged victims, comments by Tim Rohr, and those related to financial matters of the Archdiocese.

“I am gravely troubled by what the plaintiffs have brought forward here. Archbishop Apuron’s prior statements were not consistent with the gravity with which the Church approaches all allegations of abuse. I recant and retract all such statements,” explains Hon.

Since his month-long stay on island, there were more changes in the Archdiocese of Agana. Hon has replaced two key positions in the church the vicar general and the chancellor, citing that these appointments quote “must be seen as a collegial effort for the purpose of promoting unity and stability in the local church.”

Hon says, “I have requested the clergy to celebrate Masses and to organize prayer gatherings for those who were wounded by the Church in the past and to show support for all those who are currently suffering as a consequence.”

Hon states that he also wants to meet with alleged victims Mr. Quintanilla, Mrs. Concepcion, Mr. Denton and Mr. Sondia personally, even if it means traveling to those who are off-island.

Meanwhile, Archbishop Hon also included both Father Paul Gofigan and Monsignor James Benavente in yesterday’s press conference. Hon asked that all statements made against the two be retracted as well. He also asked to allow for due process.