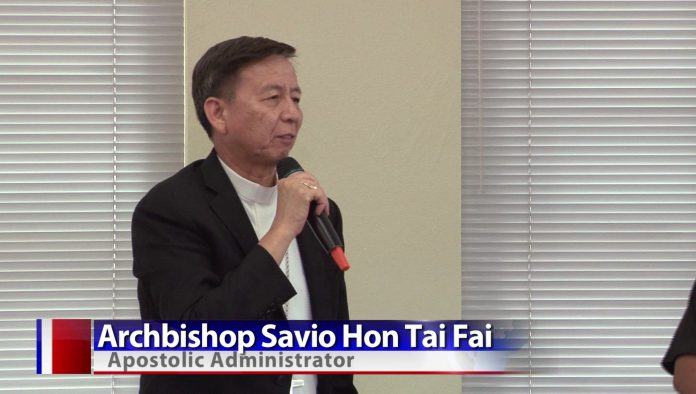 Archbishop Hon was appointed by Pope Francis to serve as the apostolic administrator to oversee the Archdiocese of Agana.

Guam – With a new permanent archbishop in town, Archbishop Savio Hon Tai Fai, who has been serving as the apostolic delegate during a transition period, will now be ending his time here.

Archbishop Hon’s last day on Guam will be Wednesday. He tells PNC that he will be headed back to Rome to resume his duties as the secretary of the Congregation for the Evangelization of Peoples.

During Hon’s stay on Guam, he made several changes to the church leadership and appointed several clergy members to ad hoc committees in an effort to bring unity and investigate certain claims involving the Redemptoris Mater Seminary. He also recommended to Pope Francis the removal of Archbishop Anthony Apuron since the allegations of sexual abuse and the conveyance of the RMS property to a third party surface.

Archbishop Hon says he will be joining the priest celebration on Wednesday, as well as Archbishop Michael Byrnes’ first mass that evening before taking a flight back to Rome early Thursday morning.//