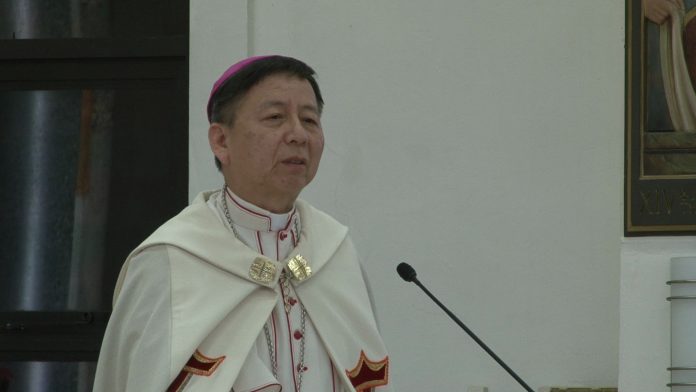 Archbishop Savio Hon Tai Fai released his statement to the media via email.

In a written statement released to the media, Archbishop Hon said he’s aware of Roland Sondia’s public accusations and that “the Archdiocese of Agana, taking into serious consideration the allegations presented to the public this morning, will take the necessary steps to present the matter to the Holy See, which has final authority in cases related to Bishops.”

The Holy See is the government of the Catholic Church which is headed by the pope.

Archbishop Hon goes on to say “In the meantime, I am earnestly praying for all those concerned in this matter, without prejudice to both the alleged victim and the accused and ask for the prayers and support of the entire church community.”