Archbishop Michael Byrnes has announced that former Father Adrian Cristobal has been laicized in accordance with violations against the Sixth Commandment with minors.

The canonical administrative penal process began in 2018 after consulting with the Vatican.

Laicization, or Loss of Clerical State means Cristobal is not to wear ecclesiastical garb or be addressed by titles used by ordained priests, such as Father or Reverend. He is deprived of clerical offices, functions, and any designated power granted to him as a cleric. He has no right to financial support from the Archdiocese of Agaña.

This decision is in accordance with the authority granted to Archbishop Byrnes by the Holy See. The Archdiocese completed its canonical administrative process in December 2020.

Legal counsel has advised that the archdiocese make no further comment on the matter due to ongoing litigation. 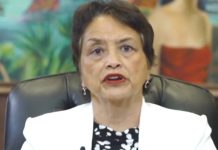