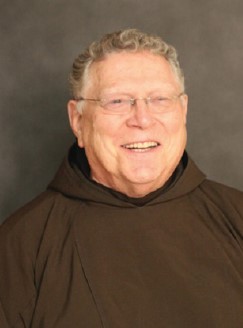 READ the statement from the Archbishop in FULL below:

On behalf of the entire Archdiocese of Agana, Archbishop Michael Byrnes extends his love and prayers to the family of the late Father James Gavin, OFM Cap. and the Capuchin Franciscan Friars of Guam and Hawaii.

The Archdiocese received news that Father James had died a day before Easter Sunday, on Saturday, April 11 at St. Clare Friary in Yonkers, New York. Father James was 81.

A much-loved member of the Capuchin order, Father James devoted a tremendous part of his priestly vocation ministering with great kindness to the people of Guam from the 1960s to the ‘80s. He served at places such as Our Lady of Mount Carmel Church in Agat,  Father Duenas Memorial School in Mangilao, St. Jude Thaddeus Church in Sinajana and Assumption of Our Lady in Piti.

“Many Catholics on Guam have expressed sadness at his death,” said Archbishop Byrnes.  “However, their sadness are accompanied by expressions of thanksgiving for the tremendous love and joy that Father James brought to their lives. He took special care in spending time with the faithful, most definitely those who struggled and fell.”

“To help the faithful better know, love and serve God, that is the mark of a good priest,” said Archbishop Byrnes.

“Father James was also a leader among the Capuchins and mentor to many of the younger friars. He was a true blessing to the Church,” said Archbishop Byrnes. “May the Lord receive him into joyful rest in anticipation of the final resurrection from the dead.”