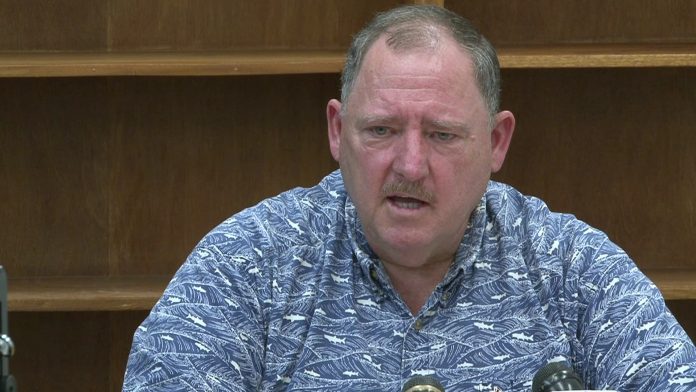 The archdiocese is also responding to the allegations of sexual abuse, calling them nothing more than unsubstantiated allegations and rumors.

Guam – The Archdiocese of Agana is finally responding to Deacon Steve Martinez’s criticism of Archbishop Anthony Apuron, highlighting instead what they call Deacon Martinez’s incompetence.

They are also answering back at critics who say the archbishop intentionally kept the sex abuse policy weak to protect himself.

Archbishop Anthony Apuron has been publicly accused by two people so far of sexual abuse, the first was Roy Quintanilla, who says Apuron molested him at Mt. Carmel Catholic Church 40 years earlier and the second is Doris Concepcion who says her son revealed on his deathbed that Apuron molested him at the same church decades earlier.

The archdiocese calls  these allegations unproven. “We are facing one allegation—contradicted by other testimonies—and some unsubstantiated rumors of sexual abuse. We are dealing with unproven allegations, not with proven crimes,” the release states.

However, while the archdiocese calls the allegations against the archbishop unsubstantiated and just rumors, they then go on point out that Archbishop Apuron “has always taken very seriously any allegations, and even rumors, of sexual abuse and acted on them.”

For example, the statement reads, when he limited the faculties of Father John Wadeson after an “unproven allegation (subsequently cleared by the Archdiocese of Los Angeles)” surfaced and the removal of Father Luis Camacho as pastor after he was arrested for picking up a high school student from school and taking her to a secluded beach. In Father Camacho’s case, the Archdiocese says his only accuser “was the same Stephen Martinez who was reporting rumors.”

The archdiocese goes on to call Deacon Martinez incompetent, pointing out that as an archdiocesan finance officer, he failed to submit required annual financial reports for six consecutive years.

“The archbishop is being persecuted because he is cleaning up the church we love,” the release concludes.

The archdiocese says they are planning to pursue civil and canonical action against Deacon Martinez “to address his intentional lies.”

You can read the full release by clicking on the file below.