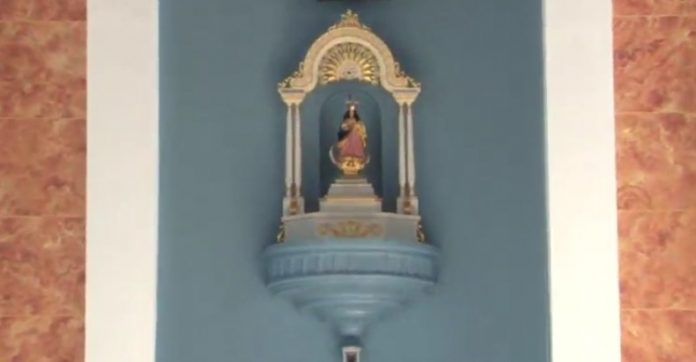 The Archdiocese of Agana will still commemorate the Feast of Santa Marian Kamalen on December 8 this year. However, instead of the traditional procession in Hagatna, the historic statue of the Blessed Mother will travel to Catholics throughout the island.

Archbishop Michael Byrnes has approved the adjustment which is necessary this year because of the COVID-19 pandemic. Guam Catholics have long celebrated the Feast of Santa Marian Kamalen and the Solemnity of the Immaculate Conception on December 8 and have gathered by the thousands at the Cathedral-Basilica in Hagatna.

Monsignor James Benavente, Pastor of the Cathedral-Basilica will coordinate the islandwide drive with his team at the Agana parish just as they did last May 2. On that historic day, Archbishop Byrnes reconsecrated our island to the Blessed Virgin Mary in solidarity with the United States mainland and Canada. It was the first time in history that the Santa Marian statue was taken down from her niche for a celebration other than for commemorations on December 8.

Monsignor James emphasizes that this islandwide drive with Santa Marian Kamalen will not be a motorcade. To avoid creating traffic congestions that would impact regular motorists, the faithful are strongly asked NOT to organize motorcades that attempt to follow the statue as this may pose safety issues for parishioners while approaching large crowds.

The statue of Santa Marian Kamalen will travel from one village to another. It will slowly travel past each Catholic church but will not stop. Logistical details such as specific times and routes will be announced in the days to come.

(News release from the Archdiocese of Agana)