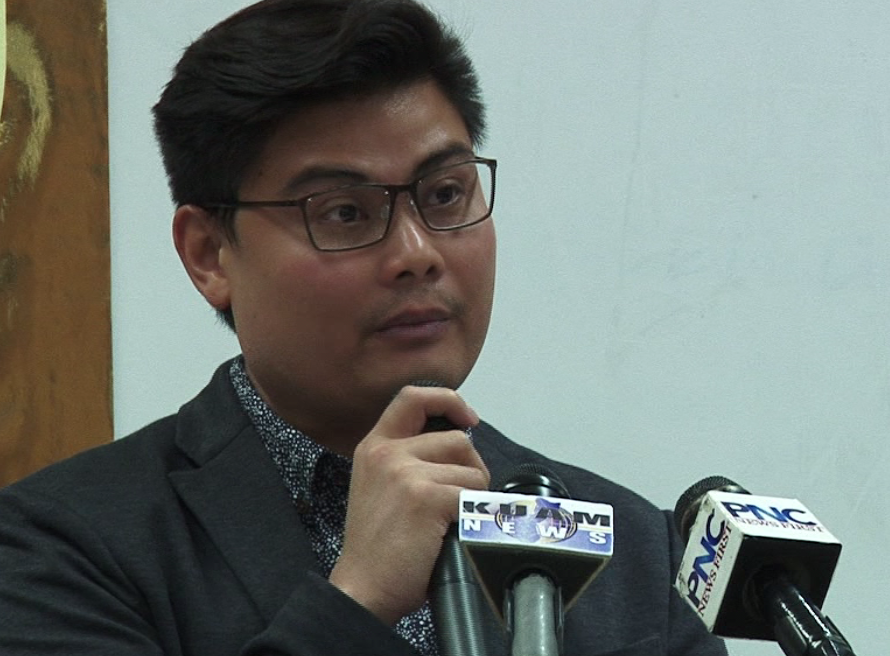 “The superintendent’s office does not have all the answers, but I’m here to lead the discussion with my colleagues. They are the mentors, they are the real experts,” said the superintendent, referring to the principals present during the meeting.

Alvia will preside over the 14 Catholic schools on the island and will be responsible for the growth and development of the Catholic Education.

Fondly nicknamed “Mr. Boomerang”, Richard Alvia says the decision to come back to the island was not made lightly.

“Being superintendent wasn’t an easy decision for me to make. It’s not one of those decisions that you can say yes or no to. It took me actually eight months to decide to come back to Guam. My family with their support ultimately said, ‘Richard, this is your ministry.’ And it is. In my heart I came back,” he explained.

With enrollment rates dropping by 5.3% for the Catholic schools, Alvia says there’s much work to be done.

“The decrease in enrollment could possibly be the assessment and it could be students moving off island. Different factors also include the need to transfer to other public schools…there are some challenges and hiccups and I like to call them hiccups in schools, but we hold onto them and we get by,” the superintendent said.

Other updates include two new schools undergoing accreditation in 2018 as well as reviewing school policies that need updating. Everything from implementing a Foreign Student Immersion Program to preparing contingency plans for North Korean threats, Alvia will have his hands full of work in the coming months.

There will be a myriad of upcoming school fundraisers for the Catholic schools in the coming months. The Archdiocese also notes that they welcome all students for enrollment and all schools continue to be open for enrollment.