Guam – Antonio Dimalanta was laid to rest today.  He passed away last week at the age of  95.

He was the lead architect in the design of the Agana Cathedral and the first President of the Filipino Community of Guam.

Dimalanta was a  graduate of the University of Santo Thomas in the Philippines and the Fort Belvoir Military Engineering School in Virginia. He also did post graduate work at UCLA.  During WW II, he was a Commissioned Officer of the U.S. Armed Forces Far East and the Philippine Armed Forces.

He came to Guam to work for the Perez brothers in 1952.  Among his descendants is PNC Sports Director Frankie Perez who is Dimalanta’s grandson on his mother’s side. 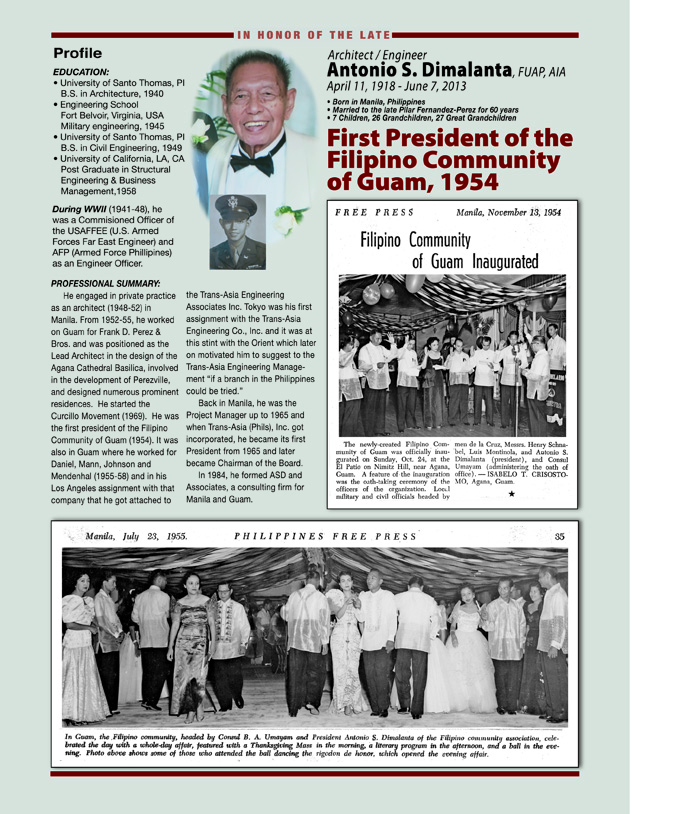