Col. Christopher Landers, commander of U.S. Army Alaska’s 4-25 IBCT(A), led the training mission to secure the airfield as part of U.S. Army Pacific’s participation in ongoing joint exercises throughout the region to include the Mariana Islands.

“This scenario tested our ability to execute real-world missions and demonstrated that we are capable of deploying anywhere in the U. S. Indo-Pacific Command area at a moment’s notice.” said Landers. 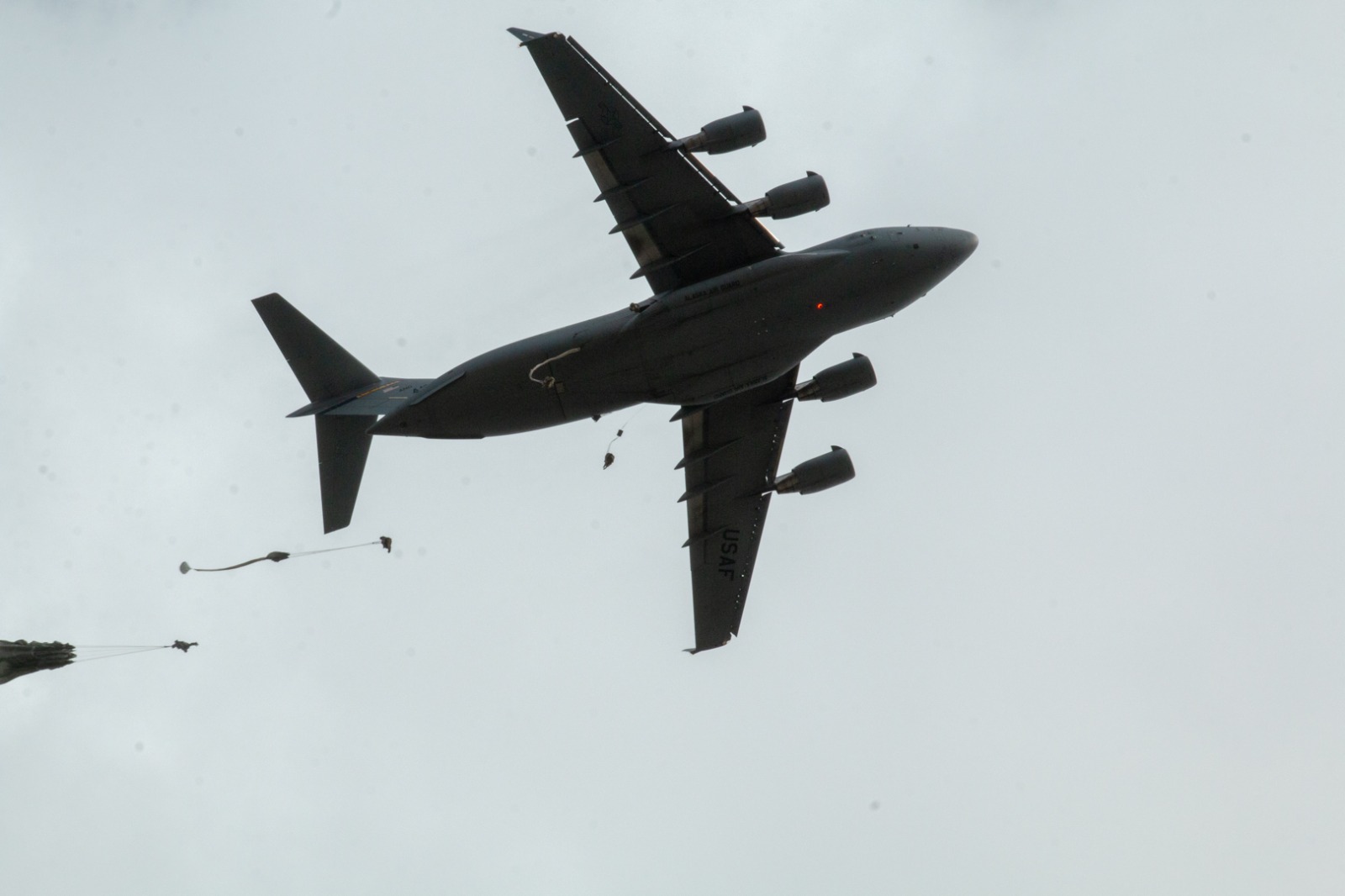 For his paratroopers, the exercise validated their ability to rapidly deploy and conduct operations as the only U.S. airborne Infantry Brigade Combat Team in the Pacific region. While able to operate as a scalable task force, the unit delivered more than 400 paratroopers onto the airfield to make this the largest airborne operation here in recent memory.

Multiple C-17 Globemasters appeared in the early-morning sky carrying the paratroopers that had flown directly from Joint Base Elemendorf-Richardson, Alaska, and donned their parachutes enroute.

Immediately after hitting the ground, paratroopers with the 3rd Battalion, 509 Airborne Infantry Regiment, one of two organic infantry-battalions in 4-25 IBCT(A), seized objectives and secured the airfield.

The exercise started only several days before, at JBER, Alaska, when paratroopers were notified of their mission. Every single paratrooper and support personnel involved was screened for COVID-19 prior to departing from Alaska. 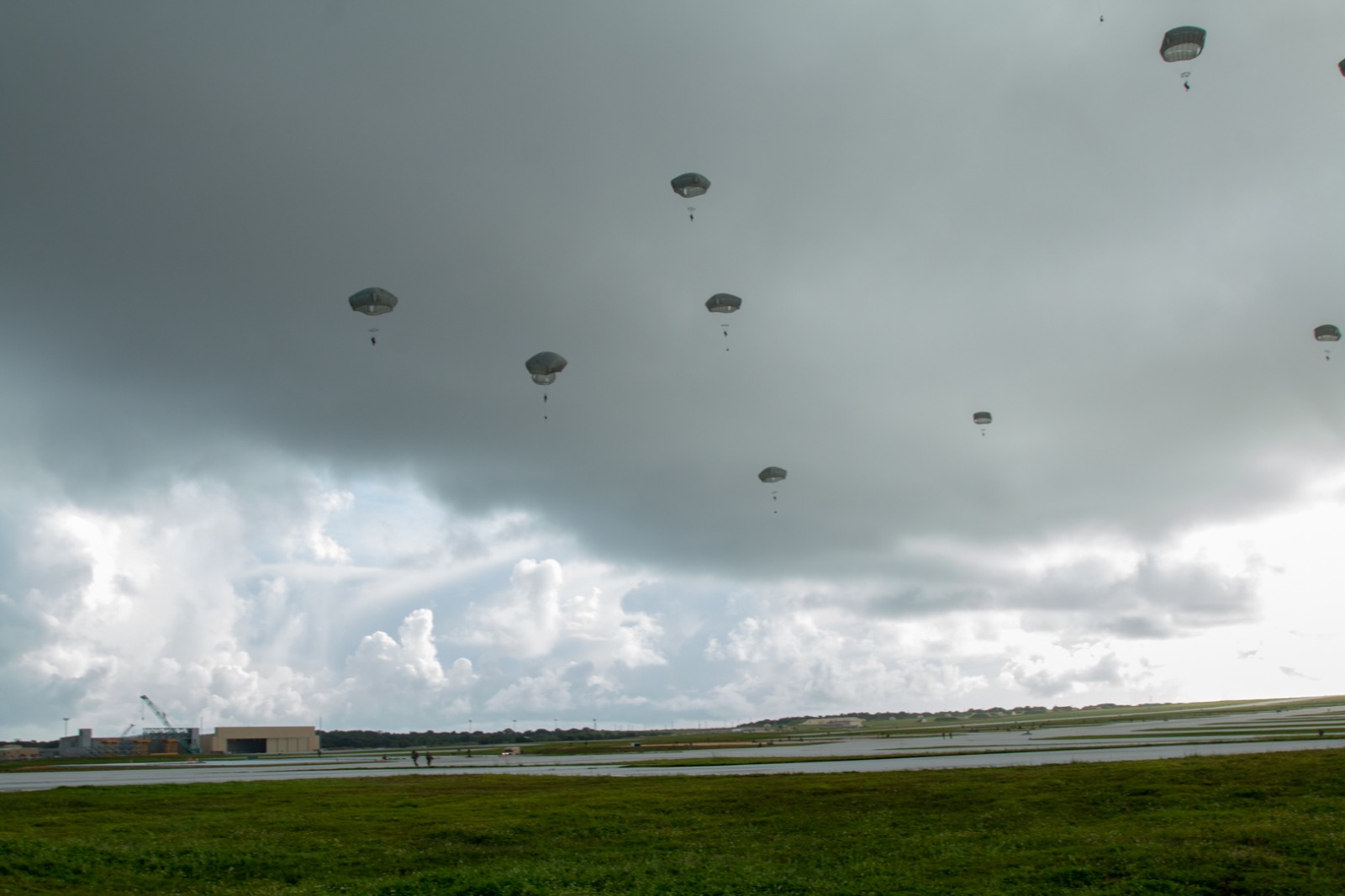 To ensure health safety measures while in Guam, everyone was quarantined to AAFB and observed all COVID-19 safety precautions to include separation from the Andersen community throughout the exercise.

“We are successfully balancing readiness and mission requirements with health and safety precautions to protect ourselves and our communities,” said Landers. “Andersen Air Force Base and Guam leadership have facilitated every one of our requirements. It’s been an incredible experience to work with them.”

After securing the airfield, the paratroopers began preparations to return to their home station in Alaska, having demonstrated the ability to provide combat credible forces in support of U.S. Indo-Pacific Command and its commitment to a secure and stable region. 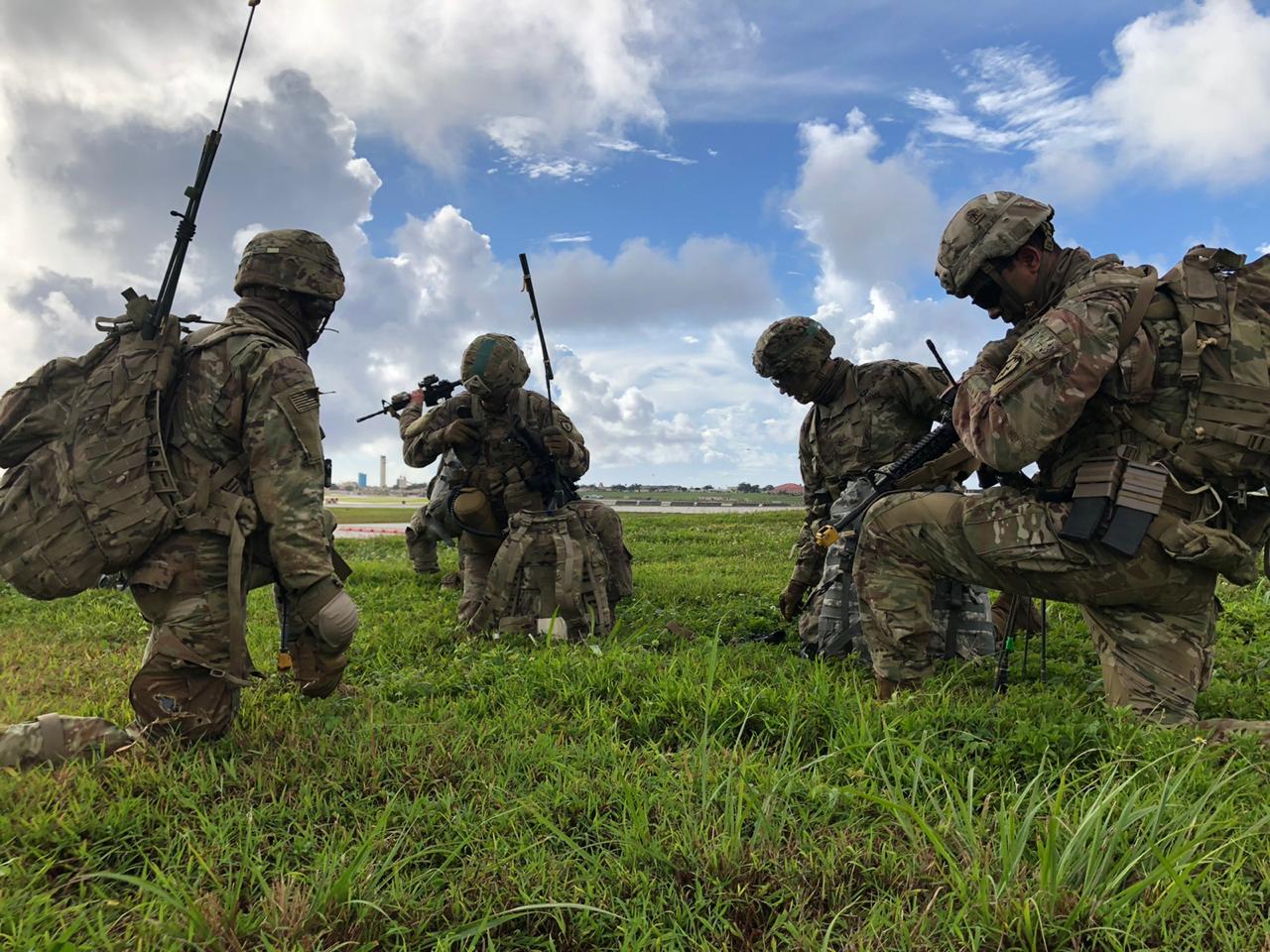